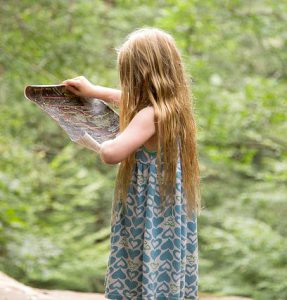 The Trump administration earlier this month slashed funding for ACA navigators – a form of enrollment assistance – for the second consecutive year. For the 2019 enrollment year beginning November 1, the government will provide $10 million, down from $36 million last fall – which was down from $63 million the prior year.

In addition, they changed the rules of the game. In addition to guiding people through ACA market options, the navigators also will help people enroll in the new insurance plans authorized by the Trump administration that do not comply with patient and consumer protections in the ACA – and may well serve to undermine the ACA by drawing younger and healthier people.

The navigator grants go to nonprofits that help people figure out enrollment options and costs (on or off exchange, silver, bronze or another metal tier, Medicaid and CHIP). They work on the federal exchange; states that run their own markets have different assistance options.

“This is a huge cut to navigator programs across the country, Fred Ammons, who supervises the Insure Georgia navigator organization, told the New York Times. “It will virtually eliminate face-to-face in-person assistance. It means less help, much less help, to underserved, hard-to-reach populations, people who live in rural areas or have low literacy or don’t speak English as their primary language.”

The Centers for Medicare and Medicaid Services said the assistants did not sign up enough people to justify the cost – signing up only 1 percent of the federal exchange enrollees. They also contend that the ACA is no longer novel – this will be the sixth enrollment season – and people are more accustomed to it.

Enrollment did rise a little bit this year (about 3 percent to 10.6 paid customers as of the most recent government figures) even though CMS cut back on outreach, marketing and assistance.

“This decision reflects CMS’ commitment to put federal dollars for the federally facilitated exchanges to their most cost-effective use in order to better support consumers through the enrollment process,” CMS Administrator Seema Verma said.

However, people who support more enrollment assistance say the CMS critique of navigators not being worth the cost counts only people who sign up for an ACA plan in the navigator’s presence. It doesn’t take into account instances where a person completes the enrollment process later, or (if they find out via the navigator’s assistance) that they are eligible for Medicaid, CHIP or some other program and enroll there. Navigators have to input some identifying information, which not all do, in order for their enrollment assistance to count, according to this data note from the Kaiser Family Foundation. So the program’s impact probably is larger than the CMS tally suggests.

About 30 million Americans still lack insurance, and a recent report from RWJF points out that many would benefit from enrollment assistance. (About 7.5 million are eligible for Medicaid or CHIP and about 3.1 million could get the largest premium tax credits and cost-sharing reductions.  That’s about one-third of the remaining uninsured.) In addition, people come in and out of the individual market as their job and economic situation changes, and are not all as familiar with the ACA and its enrollment process.