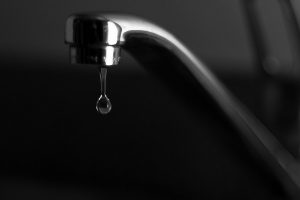 Meanwhile, in Buda, Texas, voters rejected a measure that would have reinstated water fluoridation in their Austin suburb.

A misinformation campaign mounted by a local anti-fluoridation group won out over the science, fluoridation supporter Jonathan Kimes, an orthodontist, told the ADA (American Dental Association) News in the wake of the election.

Voters gave more weight to the “anecdotal stories about the harmful effects of fluoride” than to the sound science behind water fluoridation, Kimes concluded.

He counseled colleagues to be ready to defend fluoride in their own communities.

“Prepare in advance and have your resources ready,” he said.

Community water fluoridation (CWF) has been hailed as one of the great public health achievements of the 20th century.

In the more than seven decades since efforts were launched nationwide, scores of studies have supported the safety and effectiveness of optimally fluoridated water in reducing tooth decay.

But most water supplies in the U.S. are controlled locally: laws and ordinances governing water fluoridation are often passed at the community level. When fluoride measures are considered by city councils or county officials, or when they appear on local ballots, they typically face strong opposition from detractors who portray fluoride as a dangerous chemical added to the water supply.

“Among referendum items, CWF is infamous for its level of polarization despite being an established public health good,” concluded the authors of a recently published study that looked at years of media coverage of fluoride fights.

The researchers concluded that opponents’ tactics of sowing fear had shaped media coverage and swayed public opinion to the detriment of community water fluoridation programs.

“Given that the average person does not understand fluoridation scientifically or the credibility of information sources, mixed messages that introduce even some uncertainty should be enough to lead to a rejection at the polls,” the researchers wrote. They found, too, that reporters also need to understand the facts.

For more information about coverage of fluoridation, see this new tip sheet.