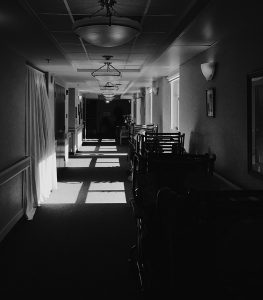 PBJ stands for Payroll-Based Journal, a new data set for nursing home staffing from the Centers for Medicare and Medicaid (CMS). It turns out it’s a goldmine for reporters trying to figure out whether skilled nursing facilities are fulfilling care and quality requirements under the Affordable Care Act.

It took time, effort, and knowledge gained from a prior class in SQL, but Kaiser Health News reporter Jordan Rau crunched the data to determine whether nursing homes might be inflating their staffing reports — a move that directly impacts the star quality ratings at Nursing Home Compare. In this new How I Did It for AHCJ, Rau describes the steps he and his KHN colleagues took to figure out the differences between reported and actual staffing levels, especially on weekends.

Did I mention there were records from 14,000 nursing homes to parse?

Rau also tapped outside experts to double check his approach and conclusions, including academic researchers and someone from the main nursing home industry trade group. Along the way, he learned about nursing home family councils, whose members provided plenty of background and color for the story. The result was a page one story in the New York Times’ July 8 edition.

The article highlights significant fluctuations between real vs. reported staffing at nursing homes around the country. To make his point, Rau honed in on one facility in Ithaca, N.Y., where staffing levels were especially concerning, particularly on the weekends. He connected the dots among actual staffing, reported staffing and five-star quality ratings to reveal a serious shortage of aides and necessary daily care.

For more background, check out AHCJ’s previous stories on staffing issues at skilled nursing facilities, including antipsychotic drug use, preventable hospital readmissions, and incidents of unreported abuse and neglect at some homes, according to HHS’ Office of the Inspector General.

KHN has created a neat interactive graphic and made the data available on their website so other reporters can conduct similar analyses. You can also download quarterly updates from CMS here.