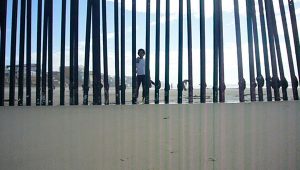 The thousands of children separated from their undocumented parents at the border have been exposed to prolonged stress that can cause long-lasting injury to the developing brain, say many prominent professional medical associations. The policy of taking children from their parents while they await deportation hearings – reversed on Wednesday – may have increased their chances of getting infectious diseases, too.

Dr. Marc Siegel wrote in USA Today that “thousands of children now being housed in makeshift detention centers have been reported to suffer from large outbreaks of scabies, a highly contagious, itchy rash spread by tiny insects known as mites.” There also have been reports of outbreaks of lice, measles, flu, drug-resistant tuberculosis, dengue fever and Zika, Siegel added.

“It’s bad enough to suffer from one of these conditions and find treatments scarce, it’s worse to not have your parents there to protect you,” he wrote.

Whether children housed in compounds near the Mexico border have picked up such diseases is unknown. Reporters were given a brief look inside one facility earlier this week but weren’t allowed to speak with any of the detainees or take photos. Children were seen living in large cages with bottled water, potato chips and using foil emergency blankets.

There was a lack of medicine, no comprehensive medical screenings and no testing for vaccinations or tuberculosis, according to a 2014 story in the Texas Tribune. Child detainees ate, slept and shared a bathroom inside crowded cells with no running water or soap.

“The conditions are not healthy and not acceptable for children by Texas and national public health standards,” Texas Health and Human Services spokeswoman Carrie Williams told the news organization at the time.

HHS and the Centers for Disease Control and Prevention have the right to require physicians working with the U.S. Customs and Border Protection to conduct medical screenings of immigrants, refugees and asylum seekers. If the person seeking admittance to the U.S. has one of nine communicable infectious diseases (such as tuberculosis, yellow fever or pandemic flu), among others, the U.S. has the right to deny admittance and or quarantine the individual.

Children are supposed to be vaccinated against measles, mumps and other common infectious diseases once they arrive in detention centers, according to an NPR 2014 story on the health of unaccompanied immigrant minors.

There is a disease surveillance infrastructure between the U.S. and Mexico border, created several years ago, to screen people for HIV, measles, pertussis, rubella, rabies, hepatitis A, influenza, tuberculosis, shigellosis, syphilis, Mycobacterium bovid infection, brucellosis and food-borne diseases, according to a 2015 article in Politifact. The only disease outbreak found among undocumented minors from Central America during the 2104 surge was scabies, the story said.

Though the administration reversed its policy this week, there remain thousands of children in detention centers. As this story continues to unfold, reporters may want to stay on top of the question of whether their detentions have put these children into further danger of disease outbreaks.