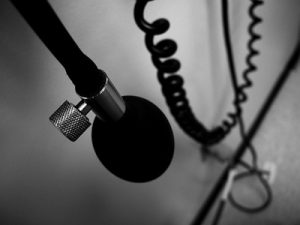 If you’re confused about standards for managing hypertension in older adults, you’re not alone. When the American Heart Association and American College of Cardiology updated the guidelines in November 2017,  millions of adults suddenly faced a new diagnosis of high blood pressure. Adding to the confusion: some medical organizations disagreed with the revisions, opting instead to manage their older patients according to prior standards.

The concern is that the new standards could lead to over treatment of people who have very little risk of developing cardiovascular disease. Under the new criteria, optimal blood pressure is defined as 120/80 mm Hg for adults over age 18. The threshold for a hypertension diagnosis dropped from 140/80 mm Hg to 130/80 mm Hg. That includes community-dwelling older adults who can tolerate antihypertensive medications.

The new guidelines mean 103 million Americans have high blood pressure, up from 72 million under the former standards, Reuters reported. That’s about a 14 percentage point increase in the prevalence of hypertension in the U.S., but only a 1.9 percentage point increase in adults requiring antihypertensive drug therapy, as this article in the Annals of Internal Medicine explains. This original study, published in Circulation, further breaks out the crude prevalence of hypertension among US adults.

That is, unless a patient is treated by a family practitioner.

The American Academy of Family Practitioners (AAFP) disagrees with the methodology used by the AHA,  choosing instead to continue endorsing the 2014 Evidence-Based Guideline for the Management of High Blood Pressure in Adults, These criteria were developed by the Eighth Joint National Committee (JNC8), which has higher thresholds (less than 150 mm Hg) for adults age 60 and older. This New York Times op-ed sums up the controversy well. And Bloomberg News advises people to take the new recommendations with a “grain of salt.”

In the United States, hypertension accounts for more cardiovascular disease (CVD) deaths than any other modifiable risk factor and is second only to cigarette smoking as a preventable cause of death for any reason, according to the American College of Physicians. Reporting on hypertension can be stressful and confusing. This new tip sheet can help sort out the facts from fallacies.

UPDATE: This post has been corrected to clarify that the increase in the prevalence of hypertension in the U.S. is by percentage points, not percentage.