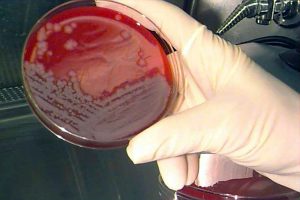 The news is illuminating in that it shows not only an incredible security lapse but also that federal employees are continuing to train state and local law enforcement and emergency responders for a potential bioterrorism attack.

In 2001, the nation experienced the nation’s worst bioterrorism attack in history when someone created a blend of anthrax spores and weaponized them, sending them to media and members of the U.S. Congress. Five people died. According to federal investigators, an Army researcher Bruce Ivins was the culprit, but doubts remain.

Since that attack, the U.S. has spent tens of billions of dollars to respond to a potential bioterrorism attack including the creation of BioWatch, which was the program that had been overseeing the Super Bowl anthrax attack simulation effort outlined in the Homeland Security documents. BioWatch is designed to detect an airborne disease attack in major U.S. cities, but critics say its technology is old and unreliable.

Fears about bioterrorism have risen recently with anxieties about conflict with North Korea. In December 2017, the Washington Post reported that North Korea has been acquiring equipment that could be used to create bioweapons and has been sending its scientists abroad to education and training necessary for building a weapon to launch a biological attack. Current and former U.S. officials also said there isn’t evidence that North Korea has ordered the production of bioweapons. But four North Korean soldiers who defected to South Korea in 2017 had anthrax antibodies in their blood, suggesting they may have been working on biological weapons projects, USA Today reported.

Further, two Canadian researchers caused alarm when they publicly released a paper in January, describing how they ordered pieces of horsepox DNA on the Internet to develop a smallpox vaccine. Security experts fear the paper may have provided a recipe for someone with malevolent intent to create a smallpox virus. In addition, the U.S. just lifted a ban on federal-funded research that allows scientists to alter viruses and bacteria to make them more virulent.

For journalists looking for local bioterrorism angles, consider looking into whether there is a BioWatch program running in the community and is it working? Are any local scientists working on pathogen-altering research?

And for more resources, check out our new tip sheet on covering bioterrorism.