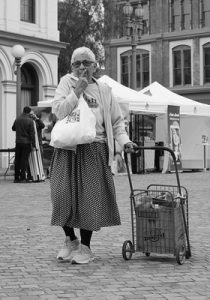 President Trump last week signed a budget bill that is likely to affect the health of older adults in a variety of ways. Here’s an overview to help guide coverage in your community.

Thanks to the tenacious work of many of my colleagues, you can probably skip over much of the 600-plus pages of legislationese and go straight to the highlight reel. In a comprehensive New York Times piece, Margot Sanger-Katz, Brad Plumer, Erica L. Green and Jim Tankersley explain key provisions.

Among them: the Independent Payment Advisory Board – a panel that was supposed to keep tabs on Medicare spending growth, is gone. It probably won’t be missed much since its services were never used, The Times reported. The story also points out that special temporary payments for rural hospitals, ambulances, and some Medicare doctors are now permanent, as are loan repayment programs for health providers who choose to work in high-need areas.

The Times’ analysis, which was carried by many outlets throughout the United States, reported that the bill boosts pilot programs for in-home care, as well as some telehealth programs. Moreover, some patients will get paid by certain accountable care organizations for staying healthy.

Prescription drugs for seniors will cost a little less too, thanks to the Medicare Part D doughnut hole shrinking faster. Pharmaceutical companies will have to increase their discounts to Part D subscribers a year sooner than initially specified under the Affordable Care Act. Another provision adds biosimilar drugs to the Medicare Part D Coverage Gap Discount Program, which advocates say will lower out-of-pocket costs.

The legislation also repeals the caps on therapy under Medicare. “Millions of vulnerable patients who need occupational, physical, and speech-language therapy will now be protected from an arbitrary limit on how much Medicare will pay for needed therapy,” said AARP in a statement.

However, home care agencies, which deliver many vital services that allow seniors to recuperate at home after hospitalization or age in place instead of in a nursing home, are expected to lose $3.5 billion in Medicare payments starting in 2020. This is due to a change in the way Medicare calculates annual payment updates, reported Politico’s Dan Diamond.

Howard Gleckman of Forbes reports that another significant change will be to allow Medicare Advantage plans to cover some social support services like home-delivered meals or rides to the doctor. Benefits can be better targeted to individual needs, thanks to the inclusion of CHRONIC Act of 2017 provisions in the budget bill. Gleckman does caution that premiums for some higher-income seniors will rise, and funding was slashed for some public health programs that target chronic conditions.

The Medicare Rights Center, which opposes premium increases on wealthier beneficiaries, says, “Higher-income people with Medicare already pay more in monthly premiums, up to $3,535 extra a year. This doesn’t include increases that begin to go into effect this year, that were used to pay for changes to physician reimbursements. The full impact of those changes won’t be known for several years.”

The nonprofit Center for Medicare Advocacy has come out against means-tested premium hikes, changes to home health care payment models, and favoring Medicare Advantage plans. They want policymakers to expand services and coverage equally for all Medicare beneficiaries, including those in the traditional program.

Remember: There could be more chaos ahead. The continuing resolution that keeps the government open expires on March 23. We’ve seen this movie before.