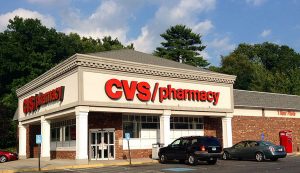 For decades, those who pay for health care have urged providers to move patients out of hospitals into lower cost settings such as home care and doctors’ offices.

That trend is accelerating today as seen in recent mergers involving insurers, pharmacies and providers. CVS, a pharmacy chain that also operates the CVS/Caremark pharmacy benefit management company, hopes to acquire health insurer Aetna, as Michael J. de la Merced and Reed Abelson reported for The New York Times. UnitedHealthcare unit Optum is buying DaVita Medical Group, including its clinics and urgent care centers. In addition, health insurer Humana is buying a 40 percent share in Kindred Healthcare’s home care division. In each of these proposed deals, a health insurer is seeking to get involved in the delivery of care, writes Bruce Japsen for Forbes.

In explaining these deals, Japsen called the CVS-Aetna merger a threat to hospitals: “CVS’ network of nearly 10,000 pharmacies and 1,100 retail clinics and Optum’s growing network of ambulatory facilities are emerging as a model health insurers want to do business with as fee-for-service medicine gives way to value-based care that keeps patients out of the hospital.”

Health insurers and providers use the term “value-based care” to describe their efforts to improve quality while reducing costs. Medicare says value-based programs “reward health care providers with incentive payments for the quality of care they give to people with Medicare.” It adds, “Value-based programs also support our three-part aim:

Japsen saw a similar value-based approach when he wrote that Humana plans to spend $800 million to buy Kindred Healthcare’s home care unit so that it can integrate outpatient services with its Medicare health plans. He also explained that Humana’s strategy with Kindred Healthcare could help the insurer “keep elderly Medicare patients out of the hospital and cared for in their homes and other lower-cost outpatient settings.”

As health insurers move to find low-cost sites of care for patients, hospitals responded, and, again Japsen saw the trend in these deals. “What was once a nation of more than 5,000 independent community hospitals and academic medical centers is quickly turning into a small number of regional behemoths controlling dozens of hospitals and hundreds of outpatient clinics,” he wrote.

Catholic Health Initiatives and Dignity Health in December announced a plan to merge into a new, nonprofit Catholic health system that will operate 139 hospitals in 28 states. Within days, Ascension and Providence St. Joseph Health announced plans to form a large nonprofit health system of 197 hospitals in 27 states. Advocate Health Care of Chicago also last month announced an agreement to merge with Aurora Health Care of Milwaukee to operate 27 hospitals.