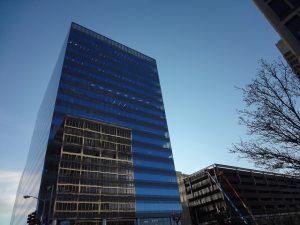 Policyholders of St. Louis-based Centene allege in a new lawsuit that the health insurer’s narrow network system is overly restrictive and limits access to doctors in 15 states. One policyholder who served as a plaintiff in the suit said she received surprise medical bills for treatment from out-of-network doctors.

In Harvey v. Centene Corp., filed Jan. 11 in U.S. District Court for the Eastern District of Washington State, policyholders Cynthia Harvey of Spokane, Wash., and Steven Milman of Travis County, Texas, said they bought their policies from Centene subsidiary companies. In December 2016, Harvey enrolled in Centene’s Ambetter Health Insurance Policy through her state’s Affordable Care Act marketplace, the Washington Benefit Health Exchange. Harvey continues to pay premiums for her silver-level plan, which went into effect on Jan. 1, 2017. Milman contracted with Centene’s subsidiary in Texas, Superior Health, and paid $1,200 per month for coverage for himself and wife but he dropped the policy in August.

Ambetter policyholders in a variety of states reported similar experiences, the lawsuit said. “Centene misrepresents the number, location, and existence of purported providers by listing physicians, medical groups, and other providers – some of whom have specifically asked to be removed as participants in their network, and by listing nurses and other non-physicians as primary care providers.” The health insurer also listed medical students as part of its network of primary care providers, the suit added.

While other health insurers were leaving the ACA markets, Centene remained and has become one of the largest insurers offering policies under the act, Zachary Tracer reported for Bloomberg. “The company, based in St. Louis, now has more than 1.4 million customers in its ACA plans across 15 states, placing it among the largest insurers in the program,” he wrote.

Complaints about Centene’s network in Washington State are not news, Reed Abelson reported for The New York Times. “The lawsuit comes on the heels of a decision last month by Washington state regulators to fine Centene up to $1.5 million for having an insufficient network of doctors to treat people who signed up for plans sold under the Affordable Care Act.” State officials received complaints from more than 140 people who said they had trouble finding physicians who accepted their Centene coverage, she wrote. Those individuals got surprise medical bills after treatment, she added.

After Harvey went to the emergency room last year, a doctor billed her $1,544 and the lawsuit explained that Centene had no ER physicians in its Spokane-area network. The plan brochure and plan summary showed that ER services would be covered but failed to disclose that the network in the Spokane area had no in-network ER physicians.

Milman also had trouble finding in-network physicians, the lawsuit said. One clinic with 140 physicians was listed as being in Centene’s network, but had told Centene months earlier that it was no longer accepting Centene members. When Milman called the physician Centene had picked for him, he learned the physician was an obstetrician-gynecologist, the lawsuit explained.

Writing for Axios, Bob Herman said the lawsuit is a sign of the struggle “between insurers, who say narrow networks are needed to contain costs, and consumers, who say the plans restrict their ability to get care.”

By limiting the number of types of physicians, hospitals, and other providers under contract, health insurers have long used narrow networks to control costs. In a study published in Health Affairs in September researchers from the Harvard Business School and Northwestern University showed that ACA plans offering limited coverage of hospitals and doctors were 16 percent cheaper than plans with broad coverage.