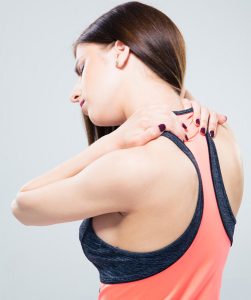 Two years ago Vox began a new feature section called Show Me the Evidence. In each piece, the reporter reviews several dozen recent studies on a specific question with the goal of summarizing the consensus of the evidence on that issue.

It’s important to provide context in any article about a single study or even a couple studies, but it’s not possible in daily journalism or even shorter features to dig deeply into all (or most of) the evidence on a specific topic and look at the big picture.

That’s what Show Me the Evidence features do, tackling everything from red wine’s true benefits to the benefits of yoga to how much exercise can actually help you lose weight. As Julia Belluz, the Vox reporter who came up with the section’s concept, describes, “It’s the antidote to the single study stories that often distort what we know in science. You know, stories that suggest ‘red wine is good for you’ one day and it’ll kill you quicker the next day. I wanted to start something that got really nerdy about what the totality of the evidence, not just single studies, can tell us about the health questions that matter to us.”

These articles aren’t the be-all-end-all final answer on a topic—science is always in flux—but they provide a more comprehensive overview than consumers can get most other places. The series began with a piece looking at the risks and potential benefits about e-cigarettes based on research to date. That piece is also a good example of one that would read differently if written a couple years later since e-cigarettes are such a new product being studied, with new research published weekly. But it still provides a good introduction to the evidence as a whole. Other topics, meanwhile, have been studied long enough that the reporting is less likely to change so quickly. That’s the case with a recent piece on back pain written by Julia Belluz, who came up with the idea of Show Me the Evidence and has written several of them.

Nearly all people experience back pain at some point, and it’s the second most common disability in the US, costing an estimated $90 billion annually. It’s also the kind of chronic pain that can lead to long-term opioid use, which has exploded in the epidemic Americans read about daily in health news. But does long-term opioid use even help back pain? What about chiropractic care? Or yoga? Belluz took a dive into the evidence to find out what actually causes it and what can — and can’t — treat it. In a new “How I Did It” Q&A, she describes her process.