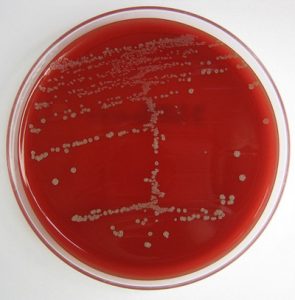 The human mouth is home to a variety of ecological niches, inhabited by hundreds of microbial species.

Scientists are eager to learn more about that world and its dynamic population. They hope their study of the oral microbiome will eventually contribute to a deeper understanding of how oral flora contribute to health and disease.

One new study, recently published in Science, offers an example of the kind of work that is unfolding.

The paper looks at the workings of a bacterium called Fusobacterium nucleatum. It is typically found in the mouth, but several years ago scientists were intrigued to learn that Fusobacterium also is one of the most prevalent bacterial species in colorectal cancer tissues. In a compelling discovery, a research team observed that Fusobacterium travels with the cancer as it spreads, wrote New York Times reporter Gina Kolata in “Why is this bacterium hiding in human tumors?”

“It’s kind of amazing that the bacteria are such an integral part of the cancer,” Dana Farber Cancer Institute researcher Matthew Meyerson, the study’s corresponding author, told the New York Times.

Of course, more research lies ahead to determine whether an antibiotic or vaccine that works against Fusobacterium also could fight colon cancer in humans. Stay tuned.

Meanwhile, in other news from the world beneath our noses there is this. Genetic factors have long been believed to play a role in determining which microbes become established in our mouths. Studies have identified more microbial similarities among relatives than among nonrelatives.

But our home environment may play an even more decisive part than genetics in determining which microbes inhabit our saliva, according to recently published findings in mBio, an open access journal of the American Society for Microbiology.

Authors of the paper studied DNA and saliva samples from 800 individuals who are part of an extended ultraorthodox Ashkenazi Jewish group living in various households spread across at least eight cities and three continents. They also studied samples from unrelated Ashkenazi individuals.

“They then compared factors – such as shared household, city of residence, age and genetic relatedness – to find out which had the greatest influence on each person’s saliva microbes,” wrote Jen Viegas in a story for the online publication Seeker.

The home environment by far was the strongest determinant of the microbial makeup of the saliva, according to the researchers, adding that the ultraorthodox diet and lifestyle shared by those in the study helped control for confounding factors that might otherwise have needed to be taken into account.

“Residences turn out to be surprisingly full of spit residue, even if people in the homes are frequent hand washers,” Viegas noted.

Eating, drinking, coughing and sneezing, tooth brushing and touching the mouth with the fingers all contribute to the transfer of saliva, the authors of the study explained.

“Normal activities lead to hand-mouth contact quite frequently,” Andrew Smith, a University College London immunologist who was one of the researchers, told Seeker.

Smith observed that the new findings are evidence that maintaining good oral hygiene goes beyond the individual brusher. It can enhance the health of the entire household.

“Setting up a healthy oral microbiome in early life could provide the most benefit,” he said.