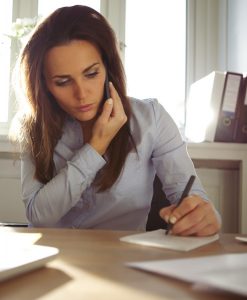 Sensitivity in writing about research related to gay, lesbian, bisexual and transgender individuals means more than paying attention to language and potential stereotypes in your story.

It also means making decisions about what information is even necessary to disclose about those you interview, especially if you’re writing about research where a person’s sexual preference may not necessarily be as relevant as it first seems.

I recall reading an Associated Press story years ago that I used in the classroom as a journalism teacher at the time. I don’t recall the details of the story now — it was about a decade ago — but it had to do with HIV and a person contracting the virus through an organ transplant. One paragraph in the story addressed whether the donor was gay — but it did not address any other risk factors for the virus.

Any discussion of the person’s sexual preference was not relevant or appropriate within the story’s context. (I could not find the story to link here.) If the story had addressed the person’s sexual preference as well as other risk factors for HIV, such as history of drug use, age, race, etc., the reference to sexuality would not have stood out as much, but providing that level of detail may have crossed other ethical lines, such as providing enough personal information that the individual may have been identifiable.

The inclusion of an individual’s sexual preference, within the context of that particular story, was stigmatizing. It angered me enough that I emailed the bureau chief at the time to inform them why the inclusion was inappropriate. (I did receive a response, but it was unsatisfactory.) It stuck with me because it revealed how easily a simple sentence in a news story — written in an otherwise standard, objective newspaper style — could insidiously contribute to the stigma the LGBT community faces.

The first suggestion in this tip sheet is by far the most important: “First and foremost, be sensitive. Realize that some LGBTQ people are out and proud and some are very much closeted. It’s a personal decision and it isn’t ethical for a reporter to pass judgment on someone else’s decision or journey.” Then, NLGJA recommends reporters consider why they and/or their readers may want or need to know a person’s sexual preference. They offer reasons a journalist might consider asking or avoid asking and then, just as importantly, how a journalist can ask the question.