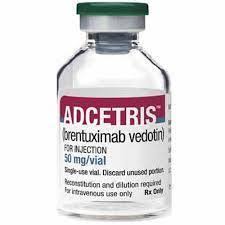 If a new drug appears to show remarkable success in curing patients with a specific, aggressive cancer type that has few or no other effective treatments, there can be a compelling reason to get it on the market as soon as possible.

However, evidence requirements for drugs to receive accelerated FDA approval often rely on surrogate endpoints. That’s particularly true for conditions such as cancer where the ideal primary endpoint — survival — isn’t possible to assess in a short period.

This isn’t necessarily a reason to hold up approval – especially if the drug’s apparent effectiveness based on surrogate findings pans out. But ultimately, we still need to know if those drugs indeed extend survival or benefit patients in other substantial ways that outweigh any potential negative side effect.

In a recent study published in JAMA, researchers examined follow-up studies conducted after a drug had received accelerated approval, as well as the studies that lead to approval. What they found could spark any number of story ideas for journalists willing to do the legwork.

The researchers focused on drugs that received accelerated approval from 2009-2013, which included 22 drugs approved for 24 indications. Not surprisingly, 19 of the indications were for cancer treatment. Eleven indications were supplemental therapies and 13 were novel therapies. (Some drugs were approved both for novel first- or second-line use and supplemental use. For example, brentuximab vedotin was approved as a novel therapy for certain patients with Hodgkin lymphoma and as a supplemental therapy for certain patients with another type of treatment-resistant lymphoma.)

The FDA required 38 total studies to be done following drug approval to confirm clinical effectiveness and/or safety. Most (25) focused on clinical efficacy, seven were a longer follow-up and six evaluated safety.

Of the 24 indications for which the drugs were approved, this was the status at the time of the study:

Those last findings mean that eight conditions/symptoms that the drug were approved to treat more than five years earlier did not yet have studies confirming that the drug worked. This is a lot to unpack, but the gist of the study is that drugs are receiving accelerated approval without necessarily having evidence, demonstrated shortly thereafter, to confirm the drugs do benefit patients.

What kind of stories might journalists chase down from these findings? First, nothing is a guarantee — it will take serious legwork to look at the studies on the drugs and find patients to see if there are concerns. However, consider the drug hydroxyprogesterone caproate, which was approved as a novel drug in 2011 to reduce the risk of preterm birth in women with a history of it.

The study leading to that drug’s approval was among the stronger ones, a placebo-controlled, double-blind randomized trial with 463 participants and a solid (non-surrogate) endpoint—the proportion of deliveries at less than 37 weeks gestation. When it received accelerated approval, the FDA said it had limited evidence demonstrating clinical benefit and therefore required a follow-up study demonstrating efficacy. the post-approval study was one of those that was delayed by more than a year or terminated—and it’s been six years since approval.

So what happened? Does hydroxyprogesterone caproate work or not? What are the risks of it — particularly to the fetus, especially considering it is a hormone? Do we even know?

That’s just one of the drugs on the study’s list. Other drugs on the list, or approved using an accelerated pathway since, may raise similar questions.