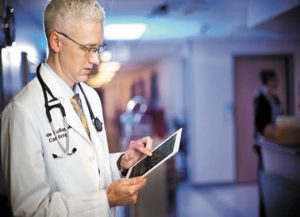 The federal office that oversees electronic health record implementation at hospitals, physician offices and other venues announced last week that it is relaxing rules which in the past helped officials determine whether EHR products on the market meet government standards.

In response, some leading provider groups expressed concern that easing such oversight could leave hospitals and physicians with sub-par products.

The topic is a tangible one that reporters will see play out in their communities. Will more relaxed government standards under the Trump administration lead to poorer quality products and services in health IT, or will the move allow providers, vendors and the government to better focus on interoperability and other pressing matters?

In a Sept. 21 blog post, top officials at the Office of the National Coordinator for Health Information Technology (ONC) wrote that they are “always on the lookout” for ways to improve the certification process and reduce regulatory burden.

With that in mind, 30 out of 55 functionality-based certification criteria for EHR vendors that support Medicare’s Quality Payment Program (QPP)will be reported by “self-declaration only,” they said. Before this, vendors had to visually demonstrate product functionality to the ONC, or submit documentation confirming that the product met functionality standards.

By only having to make a self-declaration, developers will be able to devote more time and resources on EHR interoperability, ONC argued.

The officials also announced that they would exercise more discretion concerning random audits and surveillance of certified health IT products. This discretion includes the requirement that the ONC conduct randomized surveillance for at least 2 percent of health IT certifications that the office issues, according to the blog post.

“Deregulating this area could cause more harm than good,” Robert Tennant, MGMA’s director of health information technology policy, told Rachel Z. Arndt of Modern Healthcare. “I don’t know if less oversight is going to result in better products…I would suspect it might be the opposite. There might be less of an incentive for these vendors to meet the government requirements.”

Considering the already significant financial investment in EHRs by providers, the government and taxpayers, health care journalists should monitor how these ONC changes may affect product quality down the road, be it for better or worse.