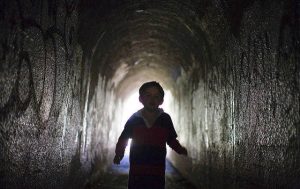 Amid the ongoing debate over the fate of the Affordable Care Act, another landmark federal health care program faces an uncertain future.

The Children’s Health Insurance Program (CHIP), which provides medical and dental coverage to nearly nine million children of the working poor, marked its 20th anniversary in August. But funding for CHIP runs out on Sept. 30, and unless a divided and distracted Congress takes action to renew it, state CHIP programs could start running out of money later this year, analysts warn.

Even the Sept.18 announcement that Sen. Orrin Hatch (R-Utah) and Sen. Ron Wyden (D-Ore.) have introduced a bipartisan bill to extend CHIP for five years has not relieved the fears of the program’s advocates.

“As promising as the developments from the Senate are the clock is ticking, and with the many demands facing Congress there is no guarantee there will be timely action taken on the bill,” Maureen Hensley-Quinn, a senior program director for the National Academy for State Health Policy (NASHP), said in a Sept. 19 blog.

According to NASHP’s most recent projections, without Congressional action, federal money for CHIP programs in Arizona, the District of Columbia, Minnesota and North Carolina will be exhausted within the next three months. “All states are projected to run out of funding by the end of 2018,” Hensley-Quinn said during a recent webinar on the future of CHIP hosted by the Children’s Dental Health Project (CDHP).

While eligibility levels and other program characteristics vary from state to state, CHIP typically covers children from low- and lower-middle income families with earnings slightly too high to qualify for Medicaid. Dental benefits were not a required part of the program when established in 1997. The federal requirement for a dental benefit was added in the Children’s Health Insurance Program Reauthorization Act (CHIPRA) of 2009. Oral health advocates have a special commitment to preserving the program, CDHP’s Deborah Vishnevsky reminded webinar listeners.

“We know that these dental benefits have had a positive impact,” she said.

In the face of prolonged uncertainty about funding for CHIP, however, many state administrators have been weighing steps that would be required to freeze enrollment, scale back or shut down efforts, wrote Leslie Small in an article for FierceHealthcare.

What are officials in your state saying about the future of CHIP?  Check this new AHCJ tip sheet that offers additional resources for reporting on the past and future of the program.