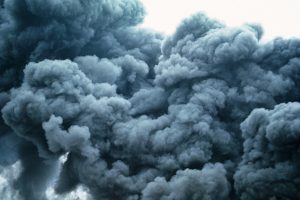 Al Gore’s new movie, “An Inconvenient Sequel, Truth to Power,” delves into the most recent effects of climate change on humans and nature. (Watch the official trailer here.)

Among those most affected by a thinning ozone layer, rising temperatures and increased air pollution are older adults. Recent research finds that even air pollution within legal limits could mean an early death for older residents.

Increased air pollution already is linked with premature mortality. A 13-year Harvard School of Public Health study of 13.1 million Medicare beneficiaries in seven southern states indicates that outcomes for older adults could be critical. Researchers found that for every 10 percent increase in tiny particulate matter (PM2.5, or particles smaller than 2.5 microns in diameter), the risk of early death increased by approximately 2 percent.

This risk was apparent even in areas where pollution levels were below the EPA’s National Ambient Air Quality Standards (NAAQS). Additionally, men, blacks, and low-income populations had higher risk estimates from PM2.5 exposure compared with the national average, with blacks having mortality risks three times higher than the national average.

Many elderly people already struggle with chronic obstructive pulmonary disease (COPD), asthma, the after-effects of pneumonia, bronchitis, and other respiratory conditions. In addition, as people age they are less able to compensate for the effects of environmental hazards. Air pollution exacerbates pulmonary conditions, making it nearly impossible at times for older adults to even take a walk around the block.

While the EPA has been removing references to climate change on its website, you can still find information about the dangerous effects of air pollution on older adults’ health. “Air pollution, like ozone, particle pollution (PM), and especially fine particle pollution (PM2.5), is most likely to affect the health of older adults, according to one report. Fine particle pollution has been linked to premature death, cardiac arrhythmias and heart attacks, asthma attacks, and the development of chronic bronchitis. Ozone, even at low levels, can aggravate respiratory diseases. This can lead to increased use of medication, more visits to health care providers, admissions to emergency rooms and hospitals and even death.”

The findings are supported by additional research conducted in the United States and elsewhere. Air pollution impacts cardio-respiratory function in rural older adults and has been linked to increased incidence of cognitive decline and dementia. Psychological stress can amplify these effects. In 2016, the World Health Organization reported that 90 percent of people worldwide live in areas with hazardous air pollution.

Toxicity of particular matter increases as air temperatures rise, according to the Harvard study. Additionally, “particles from traffic were found to be more toxic than other types, indicating a need for further reductions from vehicle pollution.”

Researchers hope these findings will lead to new policies to protect vulnerable populations against the increasing deadly effects of air pollution.

As global warming continues to affect our planet, combating climate change has become a matter of life and death.

Journalists may want to explore how their communities are addressing air pollution. Here are some questions to ask: