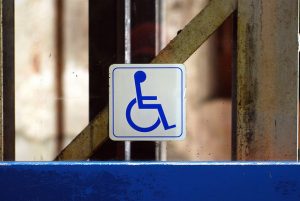 Medicaid is a lifeline for the disabled. As Jonathan Cohn explains, the current Washington debate over Medicaid’s future has profound and often overlooked implications.

Right now much of the Washington policy fight centers on how quickly – when, but not if – the Medicaid expansion of the Affordable Care Act would get rolled back under Republican repeal-and-replace bills. As we’ve pointed out before, there’s a lot less attention being paid to Republican proposals to cap Medicaid spending – to put an end to its open-ended federal entitlement funding. The Senate Republicans are arguing over what rate the spending would grow (there are a few different ways of measuring inflation and medical inflation….). They are not debating whether or not to make this fundamental change – which the Democrats all oppose.

The Congressional Budget Office estimates the House version of the repeal legislation would take $834 billion out of Medicaid over a decade. A draft of the Senate’s version, the Better Care Reconciliation Act (BCRA), was released Thursday and is expected to scored by the CBO early next week.

In a piece for Huffington Post, Cohn looks at what the cuts could mean for people like Justin Martin, 21, a junior at Kenyon College in Hilliard, Ohio who has cerebral palsy. Martin cannot walk or care for himself physically without assistance – ranging from the lift-and-pulley system that gets him from his bedroom to the bathroom, the motorized scooter that lets him get around, the van service that can accommodate his wheelchair, and his caregivers who are on call 24/7. Cohn writes:

Most people think of Medicaid as a program for able-bodied, non-elderly adults and their children ― a form of “welfare” that some Americans tolerate and others resent because they think, rightly or wrongly, that it’s subsidizing people too lazy to work. But one-third of the program’s spending is on people with disabilities. Although they account for a much smaller fraction of Medicaid enrollees, there are roughly 9 million people in this category, and almost all have unusually severe health care needs. On average, Medicaid spends more than four times on somebody with disabilities than it does on an able-bodied adult.

The article also includes a quick, but thorough, history of Medicaid – including how it expanded to covered the disabled. It acknowledges that some states do better than others – and some would respond better than others to deep cuts. Some states would innovate (although I’ve spoken to conservatives who do favor big changes in Medicaid who are still highly skeptical that innovation could come close to making up for spending cuts of this unprecedented magnitude.) Other states would just slash services.

Health and Human Services Secretary Tom Price maintains that the cuts will be a creative disruption, forcing states to come up with better ways of delivering care. “We believe strongly that the Medicaid population will be cared for in a better way under our program,” Cohn quotes Price as telling CNN.

Justin Martin, who has become an activist and has spent time lobbying at his state’s capitol, is skeptical. He reminded Cohn that you can cut the services for the disabled, but you can’t make the disabled go away.

“Those people are still there. There’s just less money for them,” he said. “It’s like cutting your fire department budget while your house is on fire. It doesn’t get rid of the fire. It just gets rid of your fire truck.”

States under Medicaid have a mix of mandatory and optional benefits. Technically a lot of the home and community services for the disabled – services that let Martin attend college and be a pretty normal college kid in many ways – are optional, meaning states have more leeway to trim them.

“Really there’s not a single area of my life that hasn’t at some point come into contact with Medicaid dollars,” Martin says. “It’s almost incomprehensible what would my life look like without these services, because there would be no ‘my life’ without these services. It gets impossible to disentangle.”

A related aside: This Kaiser Family Foundation report from 2016 describes a lot of truly interesting state Medicaid innovation in both red and blue states. But it also shows that the innovation isn’t saving anything like the amount of money the GOP wants to take out of the system – and that the new approaches are not always aimed at the population with severe disabilities.