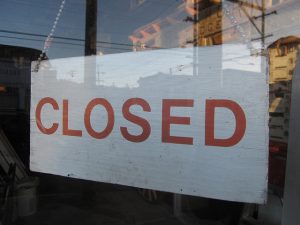 The phenomenon of rural hospital closures has gotten a fair amount of attention in the last few years with all the Affordable Care Act finger-pointing. But as the University of North Carolina’s Cecil G. Sheps Center notes, the problem really emerged and caught the attention of policymakers in the late 1980s.

For a few years, the U.S. Department of Health and Human Services published an annual report, but closures slowed down about 20 years ago, and interest waned. The pace of closures picked up again during the Great Recession of 2008-09, before the ACA’s passage.

There are many reasons for rural hospital closures, including market consolidation and demographic changes. However, there’s also been a fair amount of research pointing to the different situation that exists between states that expanded Medicaid and those that did not. Josh Zeitlin of the Advisory Board broke down the UNC data and found that of the 49 closures since Medicaid expansion began in 2014, only 11 have been in Medicaid expansion states.

UNC’s Sheps Center offers a great data resource for tracking and analyzing closures, plus a portal for submitting information about closures. It also has a list of hospitals which closed but later re-opened – I’m pretty sure that every one of them could tell a story. Closures are closures, not mergers or consolidations.

For a deeper look at three hospitals – all in non-expansion states – that closed in the ACA era, check out this trio of case studies from the Kaiser Family Foundation.