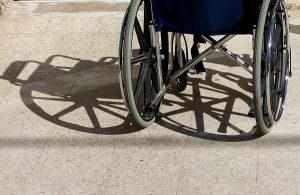 A majority of Americans over age 40 think the United States is unprepared for a rapidly growing population of older adults.

While more than half believe Medicare should help pay for long-term care costs, few realize that the program does not cover many long-term care expenses such as nursing homes or home health aides.

The 2017 Long-Term Care Poll, an annual survey by the Associated Press-NORC Center for Public Affairs Research, found that 70 percent of older Americans support some form of the government-administered long-term care insurance program, similar to Medicare. That is considered a “significant jump” from the 53 percent who said the same in 2016, according to the report. Moreover, two-thirds of Americans age 40 and older believe the country is not prepared for the rapid growth of the older adult population. That same margin of respondents (67 percent) say they have done only a little or no planning at all for their own needs.

With the Senate pushing forward with its version of the GOP’s American Health Care Act, the future of long-term care – whether funded through Medicare, Medicaid, or some combination – is very much up in the air.

Medicaid pays for most nursing home care and community-based long-term services and supports (LTSS) in the United States. It supports dual eligibles – very low-income older adults – by paying Medicare premiums and for medical care. According to the Kaiser Family Foundation, some 70 percent of adults over age 65 will use long-term services supports as they age. As we reported in May, under the House proposal, Medicaid funding for LTSS would be capped or transition to a block-grant formula. According to the Commonwealth Foundation, the AHCA would significantly hurt Medicare too. Much of Medicaid spending for low-income Medicare beneficiaries is “optional” for states. This portends significant cuts in the type of home- and community-based care that enables people to continue to live at home as they age. Without those services, hospitalizations, nursing home admissions and overall health system costs would increase. Indeed, a recent state-by-state scorecard concludes that, while some states are improving in in LTSS indicators, others fall far short.

As Howard Gleckman recently reported in Forbes, the anticipated jump in premiums for the pre-Medicare population (55-64) could devastate the already-tenuous private long-term care insurance market. People in this age group are the ones who tend to buy such policies – but higher health care premiums mean less money to spend on “optional” insurance. Only 14 percent of respondents in the AP-NORC survey said they have a private long-term care insurance plan.

This story from Oregon Public Broadcasting sums up the effects of these Medicaid cuts: “it would hurt Oregon’s ability to fund programs that allow frail seniors to live independently while putting increased pressure on the state to reduce rates to nursing homes and other providers.” That is the dilemma all states face if a version of the House plan passes.

The problem is, no one quite knows what’s in the Senate bill, although Majority Leader Mitch McConnell (R-Ky.) said he plans to push through a vote before the summer recess. Former CMS acting director Andy Slavitt recently eviscerated the GOP’s behind-closed-doors approach to creating the legislation in this Washington Post opinion piece. You’re probably aware of Senator Claire McKaskill’s (D-Mo.) plea to Senate Finance Committee Chair Orrin Hatch (R-Utah) to let Democrats know what’s in the bill. According to reports in The Hill, Senate Republicans are attempting to find a balance between allowing insurers to charge older people higher premiums and without making them so unaffordable that people go without coverage.

Part of the challenge is calculating the costs to care for the current and future older adult population. The AP-NORC survey found that nearly 75 percent of respondents could not accurately estimate the costs of long-term care, either in a nursing home, assisted living, or hiring a part-time home care aide.

As the Commonwealth Fund report concludes, “The AHCA may on paper leave Medicare alone, but millions of Medicare beneficiaries and their families – and indeed the Medicare program itself – would feel its impact.”

Journalists may want to look into the future of home- and community-based care on the state and local levels under the AHCA. What are governors, mayors, and legislators doing (if anything) to prepare to care for the aging population in light of some $800 billion in Medicaid cuts? Is the health system – hospitals, nursing homes, care providers – prepared for more patients?