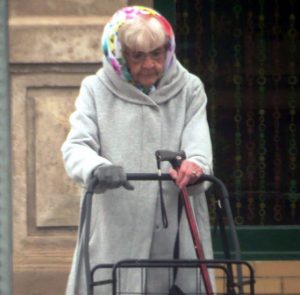 When it comes to access to long-term supports and services (LTSS) for older or disabled Americans, where you live matters.

Washington edged out Minnesota this year as the best state for supporting older adults and family caregivers, according to the 2017 Long-Term Services and Supports State Scorecard. The state ranks highest for affordability and access, and choice of provider. Even so, Washington – like every state on the list – has room to improve.

LTSS helps people who need assistance with activities of daily living like bathing and dressing, because of physical, cognitive, or chronic health conditions. States must address the five performance measures more quickly to keep up with shifting demographics, according to the new report. The oldest baby boomers will begin turning 80 in less than a decade, the report noted, and the pace of improving LTSS for older people and adults with disabilities is moving far too slowly. To reach these benchmarks by 2026, when the demand for LTSS peaks, the rate of improvement must triple (or in some cases, quadruple), the report concluded.

The AARP Foundation, Commonwealth Fund and SCAN Foundation funded creation of the scorecard.

“People age 65 today have 50-50 chance of needing long-term services and supports, Susan Reinhard, R.N., Ph.D., AARP’s senior vice president of public policy and the report’s lead author, said in a June 13 media conference call. “If not you, it might be your spouse or sibling. So this affects everybody.”

This is the third edition of the scorecard, which evaluates all 50 states and the District of Columbia on their performance in five areas: affordability and access, choice of setting and provider, quality of life and care; support for family caregivers and enabling effective transitions between nursing homes, hospitals and homes. Each touchstone includes indicators such as Medicaid spending, nursing home cost, home health aide supply, antipsychotic medication use among nursing home residents, extended nursing home stays, the employment rate of people with disabilities, and support for working caregivers.

While many states showed improvement in some areas, others, such as Kentucky, Indiana, and Mississippi, still fall far short of goals in all five categories.

Overall, Tennessee and New York showed the most improvement across about half the indicators since the initial 2014 ranking. New York rose to 20th place from 25th, and Tennessee moved slightly to 47th from 48th. Many states made good progress in reducing inappropriate “off-label” use of antipsychotic medications among nursing home residents and in increasing support for family caregivers. However, many also showed significant declines in employment rates for people with disabilities and the rate of transitioning long-stay nursing home residents back into the community. Most states showed no real change on “affordability and access,” meaning that the cost of LTSS over time continues to be much higher than the majority of families can afford.

Millions of people receive services at home or in communities, but we do not know much about their quality of care or quality of life, Reinhard said. Although there are many efforts to develop consistent quality measures, there now is no uniform, consistent, and reliable source of data across all states for home- and community-based care.

For the top five states, only 5 percent of nursing home residents had low care needs, compared with the bottom five states, where 21 percent of residents – four times as many – had low care needs. This suggests that states with a high proportion of low-care nursing home residents need to do more to transition these individuals to less-restrictive settings or divert them from institutional care, according to Reinhard, adding that this is a warning sign that people well enough to return to their homes and communities are not receiving enough help in doing so.

“These scorecard results are critical to future planning and to creating a more efficient health care system,” said Melinda Abrams, The Commonwealth Fund’s vice president of delivery system reform for. “We hope states will use them to learn from one another and to improve care.”

Abrams pointed out that nearly two-thirds of Medicaid spending focuses on older adults and people with disabilities. A majority of the money pays for nursing home care and home- and community-based services. “It’s especially timely now, because these services are at great risk in light of the potential repeal of the Affordable Care Act,” she said.

The report found that states have higher-performing LTSS systems when their Medicaid programs provide coverage for more low- to middle-income Americans with disabilities, as well as a greater balance of home- and community-based services. As people with disabilities live longer and baby boomers grow older, the LTSS need will increase significantly, both in the number of affected people and as a percentage of the U.S. population.

States now have significant authority to create and innovate their LTSS. That includes how they spend Medicaid dollars, how licensing and certification authority contributes to a sufficient well-trained workforce, how age-friendly urban planning is conducted and how tax dollars are used to deliver age-friendly care, according to Gretchen Alkema, vice president of policy and communications at the SCAN Foundation.

“We hope they’ll chart a course for action to use all available policy levers in a manner worthy of what our elderly deserve,” Alkema said.