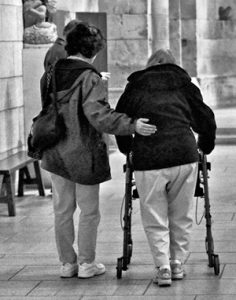 More people are living with Alzheimer’s than ever before — and more are also dying from the disease, according to a new report from the CDC. Alzheimer’s-related deaths in the United States more than doubled between 1999 and 2014 — from 44,536 to 93,541. That’s a 54.5 percent jump in 15 years. Rates were higher among women compared with men and among non-Hispanic whites compared with other racial/ethnic populations.

While most people with the disease still die in nursing homes, the proportion of older adults dying at home also increased significantly during this time frame — from 13.9 percent in 1999 to 24.9 percent in 2014. This upsurge not only directly affect those with the condition, but It takes a huge toll on families, on health systems, and on society. And, it puts more cost-pressure on states and counties which operate long-term care facilities, the report concludes.

The CDC projects that “total health and long-term care costs for those with Alzheimer’s and other dementias in the United States will total $259 billion in 2017, more than two-thirds of which is expected to be covered by public sources such as Medicare and Medicaid.”

Alzheimer’s disease affects about 5.5 million older people in the United States and is expected to impact 13.8 million U. S. adults age 65 and older by 2050, the CDC reports.  From 1999 to 2014, rates of Alzheimer’s deaths significantly increased for 41 states and DC. Maine was the only state to show a significant decrease in age-adjusted Alzheimer’s deaths. Globally, more than 47 million people suffer from Alzheimer’s and other dementias, according to the World Health Organization

Why such a jump in such a brief time? As this CNN story describes, it is likely due to both our longer life span and more frequent disease diagnosis. According to this story in USA Today, the data may be misleading, however, because doctors are much better at diagnosing Alzheimer’s earlier than they were even a decade ago.

There is no cure for Alzheimer’s, although certain drugs can slow its progress. As Business Insider reported, “The search for an Alzheimer’s treatment hasn’t been going well. There are only four approved drugs that treat symptoms of the disease, and several hopeful treatments have failed key studies in 2017.”

The CDC suggested that family caregivers might benefit from interventions such as education, respite care, and case management that can lessen the potential burden of caregiving. Yet many question how this will play out as Congress seeks to block grant Medicaid as part of a new health bill. That means less money for states at the same time more people are aging with this disease. The Washington Post reported that some advocates are calling for an increase in research funding. However, as Joanne Kenen previously wrote, the Trump administration is proposing drastic budget cuts to the Department of Health and Human Services, to Medicaid – which pays for 60 percent of nursing home care – and to home- and community-based services.

Journalists may want to explore how their states and communities are preparing for the rising tide of those with Alzheimer’s and how they’re planning to meet the challenges of supporting family caregivers.