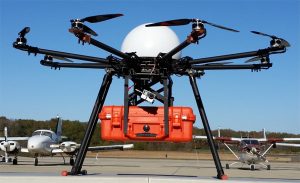 Telehealth is a field that is moving towards widespread acceptance, so agreed a panel at Health Journalism 2017 in Orlando.

Many hospitals have some form of telemedicine these days, so covering the topic in a fresh way can be challenging.

But barriers to adoption persist and it’s unclear how far patients and providers are willing to take the technology, according to panelists at the session, “Telehealth: Will it transform the way care is delivered?”

Sarvam TerKonda, M.D., medical director of Connected Care at the Mayo Clinic, said that video accounted for 22 percent of telehealth platforms in 2016, while telephone and email enjoyed wider participation, at 59 percent and 41 percent, respectively. Texting accounted for 29 percent of the share of overall telemedicine.

“Who is using telemedicine?” he asked. “We know. It’s the millennials.”

Some of the financial barriers to wider adoption of telemedicine include insufficient funding by providers and an inability to determine a return on investment, TerKonda said.

The reimbursement for telemedicine visits is not firmly in place, with Medicare only reimbursing for select remote visits that originate from a qualified site and only by certain specialists to patients in rural communities. Some 48 states reimburse Medicaid providers for telehealth but with caveats about the type and mode of delivery.

“If we are going to increase adoption we have got to have parity laws,“ said TerKonda, referring to laws that reimburse equally for in-person as well as telehealth visits. Today, 29 states and the District of Columbia have telehealth parity laws on the books.

Medical licensure of providers who conduct telehealth visits is also a hurdle. Most states do not allow for providers to treat patients in another state, restricting telehealth adoption across state lines. One answer could be the Interstate Medical Licensure Compact, TerKonda said. A total of 19 states have signed onto the compact as of April 2017.

“It’s like having a drivers license in one state and being able to drive in other states,“ he said.

Subbarao showed a video of a prototype emergency response drone that he developed to connect victims during natural disasters or rural accidents to providers via video. It’s called Health Integrated Rescue Operations, or HIRO System. Subbarao came up with the idea after a tornado devastated Hattiesburg, Miss., in 2013. The violent tornado injured 82 people and caused more than $38 million in damages.

HIRO Systems’ unmanned drone is equipped with emergency medical supplies and a link up with a physician standing by at a remote location to direct survivors in how to stabilize and treat injured people on the scene. Subbarao said he worked with the U.S. Department of Homeland Security to develop the prototype.

More close to home, children’s hospitals are seeing the benefit of telehealth to provide better care coordination to patients after they leave the hospital. Nemours Children’s Hospital in Orlando conducts telehealth visits between school health centers, parents at work and providers at the hospital for discharged patients, said Gina Altieri, senior vice president and chief of strategy at Nemours Children’s Health System.