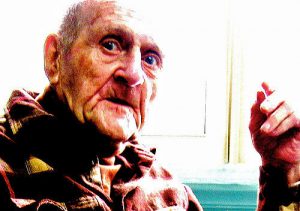 New research on senior hunger serves as a reminder of the impact that untreated dental disease may have upon overall health.

Getting dental services for elderly patients could help in reducing malnutrition, which otherwise contributes to declining quality of life and health problems that lead to more emergency room visits, said study’s authors, whose findings were published in the Journal of the American Geriatrics Society.

The researchers acknowledged that many seniors face significant barriers to obtaining dental care. Across the country, millions of elders lack dental coverage or the money to pay for care themselves.

“Medicare does not cover dental care. Fixing dental problems not only makes it easier for these individuals to eat but also can improve their self-esteem, quality of life and overall health,” observed Collin Burks, the study’s lead author and a medical student at the University of North Carolina School of Medicine.

“We need affordable methods of providing dental care for older adults,” Burks noted in a statement announcing the findings.

More than half of the patients studied had dental problems, researchers found. Patients with dental problems were three times as likely to suffer from malnutrition than those without dental problems. Among the malnourished patients, 41 percent had not seen a dentist in the past two years.

“For malnourished patients whose dental problems cannot be solved easily or in a timely manner, liquid oral nutritional supplementation may be an important component of treatment,” the authors of the study noted. Malnutrition can make a recovery from illness and injury more severe. Yet emergency room personnel may easily overlook the condition when evaluating and treating a patient. “Despite the fact that malnutrition screening takes less than five minutes to complete, screening is rarely performed,” the study said.

Of the patients examined, 12 percent were malnourished, a rate that researchers said was consistent with estimates from previous emergency room studies. In addition to oral health problems and food scarcity, also identified as risk factors for malnutrition were transportation difficulties, depression and side effects of medication.

The researchers acknowledged that recall bias among participants might have affected the reliability of their conclusions. Additional research is needed to understand better and assist malnourished elders who tend to turn to emergency rooms for help, they said.