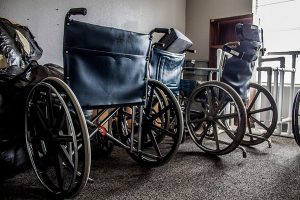 There’s a reason why Kay Lazar wins awards for her coverage of Massachusetts’ health care industry – she does it better than perhaps anyone else on the beat.

Lazar is again a recipient of an AHCJ’s Excellence in Health Care Journalism Award, this time winning third place in beat reporting for her body of work on the Bay State’s nursing home industry. In a new How I Did It article for AHCJ, she zooms in on one of her stories, which followed the Medicaid money trail via the reports nursing homes must make to state regulators.

What should have been a simple, straightforward story turned into an in-depth investigation that uncovered missing data, lax oversight and corporate shell games. Lazar also wanted to find out whether additional funding that nursing homes were receiving was correlating to better quality of care, as measured by health and safety inspections. Or whether Medicaid money was being stashed surreptitiously in myriad corporations affiliated with nursing home owners to line their own pockets.

It took lots of number-crunching to find out, but Lazar’s story changed the way state legislators now allocate some Medicaid funds. In her piece, she explains her process and offers tips to journalists who may want to tackle a similar project in their state.

AHCJ previously commended Lazar for her beat reporting in 2010 and 2015, and three times in 2012 in the public health, investigative and consumer/feature categories.