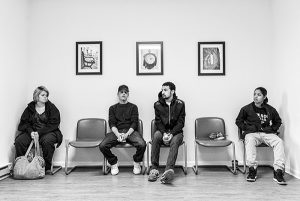 The Ohio Valley ReSource is an award-winning collaborative of seven public radio stations in Ohio, West Virginia and Kentucky that have partnered to produce some fine multimedia work on rural health and Affordable Care Act. Their region has been hard hit by the opioid crisis and the spread of HIV – expanded health care coverage under the ACA is seen as critical in combating both.

The collaborative has done a nice mix of narrative and policy – looking at coal miners, alcoholism, job creation and rural providers, particularly clinics. (Here is an archive of their health work.) Longtime health reporter and ReSource staff member Mary Meehan has written a “How I Did It” essay for AHCJ explaining how they created a team for a large project on the ACA that ran in February and March. They collectively found experts to brief them and then brainstormed story ideas by teleconference – all good preparation for telling the stories of the people that “they were seeing on the ground in their communities.”

In her essay, Meehan, a 2016 Nieman Fellow at Harvard University, identifies the overarching questions that helped keep their reporting in focus, ranging from what is the big-picture impact on rural hospitals and clinics, especially federally qualified health centers to how one woman in the West Virginia panhandle struggled to get sober “with little support and poor access to transportation.”

The stories ran over several weeks and will return under the logo as an occasional series. The team plans on revisiting them as developments warrant.