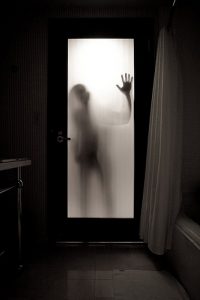 U.S. President Donald Trump’s decision to rescind federal guidelines to schools on bathroom use for transgender students had been long rumored, and when it was issued last month, some health care groups opposed to the reversal were ready.

“Transgender children are already at increased risk for violence, bullying, harassment and suicide. They may be more prone to depression and engaging in self-harm,” the American Academy of Pediatrics wrote in a statement.

“Policies excluding transgender youth from facilities consistent with their gender identity have detrimental effects on their physical and mental health, safety and well-being. No child deserves to feel this way, especially within the walls of their own school,” AAP said.

The Physicians for Reproductive Health and the Fenway Institute, among other groups, also issued statements expressing their concerns.

The issue still faces legal challenges, as the Supreme Court put off its decision regarding the case of Virginia student Gavin Grimm against his local school board on March 28. The Associated Press reported that the administration’s move could also affect a lawsuit filed by five states as well as the Christian Medical and Dental Association and the Franciscan Alliance, a Catholic hospital network.

Republicans have lauded the Trump administration’s decision reversing what they said was a federal overreach by former Democratic President Barack Obama. The U.S. Department of Justice and Department of Education said they would continue to study related legal issues.

But aside from politics, medical professionals expressed worry.

“Transgender young people already experience bullying and harassment at alarming rates, along with increased rates of depression and suicide. Removing these protections further stigmatizes these students. As a psychiatrist, I have witnessed firsthand the negative effects of such discrimination,” Jeremy Kidd, the chief resident in psychiatry at Columbia University Medical Center, wrote in a letter to the editors at The New York Times.

Separately, The Guardian also recently wrote about the surprising role Planned Parenthood clinics play when it comes to transgender health. In early March, 30 lesbian, gay, bisexual, transgender, and queer (LGBTQ) groups sent a letter to Congress urging against defunding. The organizations including the American Psychological Association, Advocates for Youth and Whitman-Walker Health.

“The state of transgender health care in the U.S. is already a fragile one. In one survey after another, large numbers of transgender people report difficulty accessing both basic and specialized services because of biased providers or the distance to the nearest provider with adequate knowledge of trans health issues,” Guardian’s Molly Redden wrote. “Planned Parenthood in recent years has sought to address that problem. And it has made its clinics a magnet for thousands with few other options.”