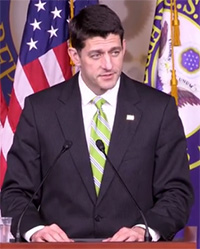 The Associated Press sums up the range of emotion after the decision was announced: After health care bill’s withdrawal, elation and anger. It also points out the “winners, losers and a few in between.”

On Facebook, Ezra Klein of Vox said that was not the headline he expected to see today.

Reporter Robert Costa of The Washington Post recounts the stunning phone call in which Trump told him the bill was no longer up for consideration.

Fox News says Trump is blaming Democrats for the bill’s failure, though Joanne Kenen, AHCJ’s core topic leader on health reform, points out in a tweet that “They didn’t need a single Democratic vote under the process they chose to follow.”

trump keeps blaming Democrats for failure. They didn’t need a single Democratic vote under the process they chose to follow. #ACA

For a timeline of how events unfolded, see the live updates from Politico’s Brianna Ehley.

“Essential health benefits remain a big concern to Republicans so watch for some regulatory — though less sweeping — approach in the future under Sec. Tom Price,” Kenen said.

Trump and Ryan indicated that they were going to move on from trying to change the health care system, but there are some regulatory and other moves that could be made to change the Affordable Care Act.

Dan Diamond at Politico points out that the Trump administration has been reshaping the Affordable Care Act from his first day in office:

For instance, in January, the Urban Institute  posted a research report, “Instead of ACA Repeal and Replace, Fix It,” which proposes some policies that could still “address critics’ concerns and also strengthen the law, expand coverage, improve affordability, increase market stability, and lower the high premiums that exist in some markets” (h/t to Liz Seegert)