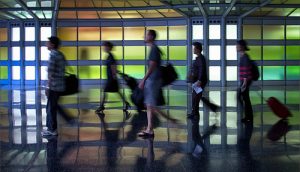 As the legal drama continues to unfold over the Trump administration’s efforts to enforce travel restrictions on people from seven Muslim-majority countries, it is clear that doctors and patients here and overseas are adversely affected.

“For decades, foreign-born … have played a vital role in shoring up American’s health care system,” Allen wrote in his Feb. 2 piece. “The doctors come to the United States for residency, drawn by cutting edge medical training and American ideals, then stay to fill the country’s growing need for doctors.”

Over the next decade, a shortage of between 62,000 and 95,000 primary care and specialty physicians is expected nationwide, according to Allen’s article. Many of the doctors filling the gap come from India, Pakistan and the Philippines, in addition to Syria and Iran, two countries targeted by Trump’s initial ban.

One such physician is 26-year-old Dr. Suha Abushamma, a Cleveland Clinic internal medicine resident who eventually was able to return to the United States after being caught up in the initial ban and sent to Saudi Arabia. Abushamma carries a passport from Sudan, according to a cleveland.com report.

Those who need care also were affected. The New York Times’ Raphael Minder profiled the case of Sham Aldaher, a young Syrian refugee girl born with a disfigured face and a missing eye who was due to travel to the United States to receive an eye prosthesis when the ban hit.

It is not clear how the Trump administration’s expected revised executive order on travel and on immigration will differ from the initial one blocked in the courts. As the legal wrangling continues, health reporters should check in with local medical organizations, medical schools, hospital systems and similar stakeholders on how the controversy is affected the health care community.