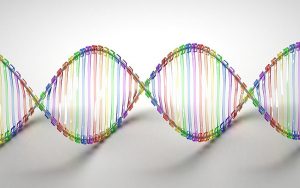 Charles Piller, the West Coast editor for Boston-based online news site Stat, recently reported on the lack of a firm scientific basis for a test that Proove Biosciences in Irvine, Calif., has been marketing as an “opioid risk” detector.

“Genetics and addiction experts – including one of Proove’s medical advisers – said genetic testing isn’t able to predict addiction, and questioned the evidence used to back up the company’s accuracy claim,” Piller wrote.

Stat has covered the science, or lack of science, behind genetic testing thoroughly. The headlines alone show that journalists writing about such tests should do so with a healthy dose of skepticism. If you read no more than the headlines from these two articles by Rebecca Robbins, you’ll get the idea: “Genetic tests promised to help me achieve peak fitness. What I got was a fiasco,” and “How genetic testing of dubious value is infiltrating the world of sports.”

Robbins also has written about how another San Diego company, gene-sequencing analyzer maker Illumina Inc., teamed up with a vintner in an unusual partnership. “A new wine delivery service called Vinome is promising to deliver ‘the ultimate personalized wine experience’ – customized to your DNA,” she wrote. “There isn’t much (or, really, any) science to back it up.”

Now consider what Stat’s Sharon Begley recently reported about how Myriad Genetics in Salt Lake City was contacting reporters in an attempt to undermine its competitors. “In interviews, genetic counselors, physicians, and competitors said the company deployed its national sales force to stoke fears that other companies’ BRCA tests are so faulty they miss potentially deadly mutations,” she wrote. “More recently, Myriad went further, reaching out to reporters at major national publications to paint its competitors’ BRCA tests as a ‘public health crisis,’ as spokesman Ron Rogers told Stat last month.”

In addition to being skeptical about any claims about the science behind genetic tests, journalists also should note that the lack of science behind these tests causes health insurers to struggle with the rising number and costs of new genetic tests, according to an article by Evan Sweeney of FierceHealthcare. NextGxDx, a Franklin, Tenn., company that tracks the growth of genetic tests, reports that there are more than 60,000 unique genetic testing products in use today, with eight to 10 new tests introduced every day. The cost of these test ranges from several hundred dollars to $6,000.

Just as health insurers struggle with the number and costs of these tests, so too do physicians and patients. Piller made that point in his article about the opioid-risk test, explaining that Proove is just one of a growing number of companies that promote tests to doctors and consumers even though the tests lack hard scientific research data.

Piller also pointed out that the Food and Drug Administration decided last year not to pursue a proposal to regulate what are called lab-developed tests (or LDTs), many of which are genetic tests. The FDA previously had warned that inaccurate results from LDTs could lead to incorrect diagnoses and improper treatment. Nevertheless, one week after the November elections, the agency withdrew its proposed guidelines for LDTs. Instead, the FDA said it would wait until the new administration is in place before proceeding with its proposal to regulate these tests, Michael Williamson reported for Bloomberg BNA.

Last year, we covered the FDA’s proposal to oversee LDTs, and earlier wrote about how the lack of regulations for LDTs may lead genetic-testing companies to overstate the value of their tests to doctors and patients.