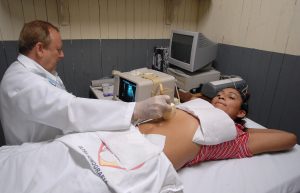 Issues surrounding abortion never really leave the news. A reporter could build an entire beat around covering abortion issues and never be without a story from one day to the next.

That said, recently passed or proposed legislation around the country have thrust abortion to the top of the news once again, mainly because their restrictions push against what has been found to be constitutional by the Supreme Court.

Ohio’s governor on Dec. 13 vetoed the state’s so-called “heartbeat bill” but signed another bill banning abortions after 20 weeks of pregnancy (four weeks sooner than the typical norm). That same day, an Oklahoma court tossed out an abortion law passed in 2014. The day before, a federal judge in Florida was asked to block a recently passed law there. Texas in November approved new rules requiring fetal burial, which has been challenged.

If you need information, overviews to get up to speed or just straight data on abortion to provide context and provide background information in your stories, AHCJ has you covered at the Medical Studies Core Topic. The data tab contains a link-filled section on abortion pointing you to statistics, explanations about how laws differ among states and other facts about abortion that can be misconstrued or misrepresented in policy discussions by politicians.

Among the most helpful sources is this primer on abortion laws from the Guttmacher Institute. It describes the types of laws commonly proposed or passed relating to abortion and how many states have that law. There’s also a detailed chart of which states have which laws and details the restrictions. I consider it the most comprehensive, regularly updated source on state abortion laws (current as of Dec. 1, as I write this on Dec. 15).

Other information in the core topic data section on abortion are links to data sets that you can download and sort, and fact sheets on incidence, demographics, gestational timing, types of abortion, safety, insurance coverage, unintended pregnancy and contraception. Most of the sources are nonpartisan. A handful of partisan sources is included, which can be helpful for certain pieces and publications. Links to the most influential Supreme Court cases on abortion are there as well.

Two things not covered in the AHCJ data section are public opinion data — see this Gallup data source for that — and information on misconceptions about abortion. Scientifically accurate information that corrects misconceptions is vital because policymakers often cite them as their rationale for a law. That includes:

1 thought on “Writing about abortion? AHCJ has the data you need”