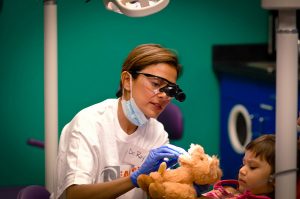 Amid promises to overturn the health care reform law and re-engineer Medicaid, voters swept Republicans into power in November. Oral health advocates now are wondering what lies ahead for efforts to expand access to dental services to poor, working and uninsured Americans.

Dental benefits were not exactly a high-profile topic in the campaign. More than 100 million Americans, including seniors, working-age adults and children still lack dental coverage according to the National Association of Dental Plans.

But dental care advocates can claim some gains during the administration of President Barack Obama.

Children’s dental services are among the essential health care benefits in the Patient Protection and Affordable Care Act (ACA). Adult benefits, though not required by the law, have been for sale on state exchanges. Medicaid expansion under the health care reform law brought an entitlement of dental care to millions of new children and offered benefits to poor adults in some states. The Children’s Health Insurance Program (CHIP), the Clinton-era program which covers eight million children in working-poor families, was reauthorized by President Obama, who added to the law a guarantee of dental care.

Now the ACA is under heavy fire and funding for CHIP runs out next year. Medicaid’s future also seems uncertain.

Defending the dental provisions of the programs will be a top priority in the months to come, Children’s Dental Health Project policy analyst Colin Reusch blogged on DrBicuspid.com.

“We are rolling up our sleeves to preserve the progress we have made – both in expanding access to private dental coverage and moving toward a system that integrates oral health into medical coverage and the healthcare system at large,” Reusch wrote.

“President elect-Trump and some congressional leaders have discussed converting the Medicaid program into a block grant or instituting per-capita caps, structural changes that could pose a very real threat to the stability and robustness of coverage for children and families.”

President-elect Donald Trump signaled the direction in which he wants to take the Department of Health and Human Services with last week’s nomination of U.S. Rep. Tom Price (R-Ga.) to become the department’s secretary. Price, a physician, has earned a reputation as a fierce critic of the ACA who also supports a block grant approach to Medicaid.

In an August column in Health Affairs, Verma described the philosophy behind HIP and offered insights into its approach to providing dental benefits to the state’s poorest adults.

As a “consumer-driven” initiative, HIP is set up to familiarize members “with the concepts of commercial health insurance” as well as to encourage them to be “prudent consumers” she wrote.

Enrollees begin with HIP Plus coverage which offers “benefits similar to those found in the commercial health insurance and also includes modest dental and vision coverage,” she wrote.

To maintain their enrollment in HIP Plus, members are expected to make monthly contributions equal to 2 percent of their income. Those who fail to pay within the 60-day grace period are terminated from the program, Verma explained. Terminated HIP Plus members below the poverty line are transferred to the HIP Basic Plan, which offers a more limited benefit package that excludes dental and vision coverage.