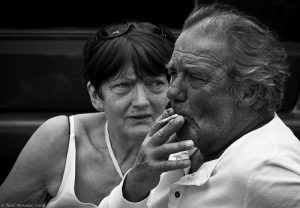 When it comes to social determinants and health, gender is one of the uncontrollable risk factors that can impact health. And while science still is exploring the extent of this impact, Consumer Reports recently examined six areas where differences have more clearly emerged.

These areas – colon cancer, heart attack, depression, smoking cessation, Alzheimer’s and Parkinson’s diseases – not only can have gender-specific symptoms but increasingly can benefit from more tailored care (including medication), according to Consumer Reports’ November On Health newsletter. Researchers also have begun to explore how gender affects pain and opioid use, it reported.

These areas can offer health journalists potential ideas for spot stories and deeper coverage. For example, what role does gender play in the nation’s ongoing opioid crisis, and are communities taking different approaches to treating female and male users?

According to On Health, overdose drug deaths rose 400 percent for women compared with 237 percent for men from 1999 to 2010. “Women especially need to try other options for chronic pain” besides opioids, even though men are more likely to die of an overdose than women, it said.

While health care providers and public health officials have spread the message that heart attacks appear differently in women than in men, gender differences for other conditions may still be less clear to readers. Reporters wanting to cover social determinants and gender can look for studies measuring such changes, such as drug trials.Those covering medical issues can also ask questions about gender differences when covering such stories if the data are not readily available or apparent.

Anatomy, hormones, metabolism all may play a role, according to the report, although “physicians and patients often still don’t know about those variations” when it comes to presenting symptoms, diagnosing problems and finding the best treatments. That is where reporters come in.