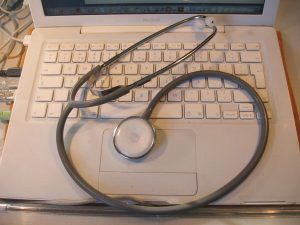 The final rule on the massive physician payment overhaul law came out on Oct. 14. Since then, interest and advocacy groups have been combing through the 2,400-page regulation and further clarifications are trickling out.

As a refresher, the Medicare and CHIP Reauthorization Act of 2015 (MACRA) aims to replace years of uncertainty around Medicare payments to physicians. It also revises requirements for health IT adoption and provides incentives for physicians to move towards value-based payments.

That’s a lot of change. We could spend hours talking about MACRA.

Briefly, there are two pathways for physicians to choose: Merit-based Incentive Payment System (MIPS) and Alternative Payment Models (APMs). The umbrella program for both is now called the Quality Payment Program (QPP).

Most physicians will fall under MIPS. Only about 10 percent of clinicians are expected to qualify as APMs in 2017. Here’s a quick summary of what journalists should know now about the final rule. These six items apply to the MIPS pathway, which most physicians will follow. I’ll write more about APMs in a separate post.

The final rule has a 60-day comment period. In a future post, I’ll go into more detail on how the final rule affects health IT and the formation of “virtual groups” expected to come in 2018.