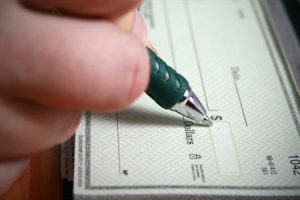 We may need a new hashtag to supplement #surprisemedbills. Perhaps #shockingmedbills would fit because some bills are just that.

Recent coverage about a new mom in Utah who was charged $39.35 just to hold her newborn is a good example.

Here are the details in a story by Branley Dodson, a reporter for the Daily Herald in Provo, Utah: “A Spanish Fork family’s story has gone viral after they posted a picture of their son’s delivery bill online. Ryan Grassley posted the bill from his son’s birth on Reddit with the title, “I had to pay $39.35 to hold my baby after he was born.”

The mother had a planned cesarean section on Sept. 4 at Utah Valley Hospital in Provo. When she held her son to her chest, the hospital added a charge for “skin to skin after c-sec” to the bill she eventually received.

When covering a story like this, the obvious first angle is finding out what a hospital typically would charge for that type of delivery (I’ll outline that in a bit). But a better question is why a hospital would break out such a charge in the first place. Doesn’t just about every mom want to hold her newborn? If skin-to-skin contact aids in mom-to-baby bonding, then placing the newborn on mom’s chest must be relatively common. Chelsea Stone explained this in her article for Glamour and The New York Times also wrote about it for its Women in the World section.

So if it’s a common charge, why not build the activity into the total cost of labor and delivery? Ron Shinkman made this point in his coverage for Fierce Healthcare. “While hospital clinical staff are often in touch with their patients, the business and billing offices are woefully out of it,” he noted.

That seems to be the case at Utah Valley Hospital: the billing department is narrowly focused on billing, as it should be. However, someone in the C-suite, or the marketing department of the hospital, might want to discuss with all staff, (including the billing department) that excellent customer care means ensuring that patients and their family members don’t encounter unpleasant surprises or shocking medical bills.

Labor and delivery procedures are the top reason for hospital admissions in the United States, as Johnny Harris recently reported for Vox. There are about 3.8 million births annually in this country, he wrote, so getting an accurate typical cost for this common procedure ought to be relatively easy.

But Harris showed in a video that he had a lot of trouble determining what it would cost for his wife to deliver their baby. Harris does an excellent job explaining the complexity of hospital billing, as his colleague Sarah Kliff explained in her coverage of the story.

Certainly, every hospital knows what it charges for labor and delivery, but these charges can be complex based on features of family’s health insurance coverage, such as deductible and coinsurance amounts. But if a hospital doesn’t know, the new parents’ health insurer should be able to give a reasonably good cost estimate for an uncomplicated delivery.

Many of the nation’s hospitals make a big deal about their focus on delivering excellent patient care and the efforts they make to improve the so-called “the patient experience.” If that is true, they should recognize that part of each patient’s experience is receipt of the final bill. Ideally, there should be no unpleasant (or shocking) news there.