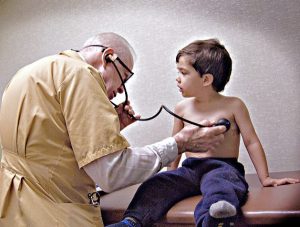 At least 838 accountable care organizations (ACOs) are now operating nationwide in all 50 states and the District of Columbia. An estimated 28.3 million people are receiving care through an ACO arrangement, according to recent figures, and that number is expected to rise.

With the rapid proliferation of ACOs in just the past seven years, local health beats typically include coverage of ACOs. So it is worth highlighting a Commonwealth Fund report, published in October’s Health Affairs, that warns that many ACOs lag behind in their IT infrastructure capability.

As a reminder, ACOs are arrangements in which hospitals, physicians and other providers agree to be responsible for a defined set of patients in both cost and quality of care. The ACO movement was kicked off by the Affordable Care Act, which sought to test alternative payment models that link costs to outcomes.

Because ACOs focus on population health management, meeting quality measures and closely tracking spending, the groups especially can benefit from sophisticated electronic health records (EHRs), data analytics, data visualization tools and updated billing systems. In truth, without advanced health IT systems, it can be difficult for ACOs to succeed.

The Commonwealth Fund report examined 399 commercial and non-commercial ACOs, looking at items such as provider reimbursement and structure.

It is noteworthy that EHR capacity among the ACO “appears to be low,” according to the report. The authors wrote:

The authors concluded that slow adoption of health IT among ACOs could hamper their ability to succeed in the long-term. In the first few years of the ACO rollout, for example, as I recall interviewing representatives of provider groups that had dropped out the Medicare Shared Savings program and had cited a lack of health IT infrastructure as among the reasons.

Although EHR adoption, the use of decision support and data analytics, and sharing of information between providers are all considered essential building blocks to delivery system reform, only a minority of ACOs (both commercial and non-commercial) said that they had a high level of capability in these areas. The immature stage of development of information technology in ACOs could limit delivery system transformation. This raises concerns that ACOs lack some of the essential tools needed to become high-reliability organizations.

When covering an ACO in your community, health IT can be a rich area of discussion. Some questions to ask:

While the long-term success of ACOs remains unclear, reporters can use health IT adoption as one way to gauge the prospects for ACOs in their coverage area.