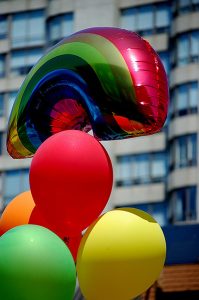 I have yet to find a writer who hasn’t looked back on a story and found something that they could have done better – or worse: something wrong. Sometimes readers or critics do that for you.

For Christine Grimaldi, feedback after what should have been a routine piece for Slate led the Washington, D.C.-based freelancer’s eyes to question assumptions she had made about gender, sexuality and pronouns. Her mistakes led to what she called “one of the worst days of my professional career.” But she managed to turn it around into a primer for other journalists.

The nearly 4,000-word piece recently ran in the Columbia Journalism Review. The piece, “I tripped up while reporting on gender and sexuality,” offers reporters, writer, editors and other journalists her analysis on pronouns, gender and surgery, as well as interviewing dos and don’ts.

Grimaldi, who covers reproductive health and justice issues, could have skulked away from a difficult subject and moved on to the next story. But, in an ever-evolving area of coverage, she chose to jump in, learn from her mistakes, and explore the issue to help other journalists. Her new How I Did It article for AHCJ about the CJR primer provides some useful insights for us to consider in our reporting.