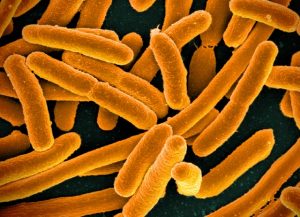 Something happened in our family early in August that set me behind in my work for more than three months. What we experienced holds an important lesson for health journalists.

It is something seemingly small and simple, but with significant potential consequences. However, I need to provide a bit of context in my story to illustrate a phenomenon journalists need to keep in mind when reporting on screening and diagnostic tests.

In late July, my son had been running a fever for a week, but the doctor could not find anything wrong. On the sixth day, the fever reached 106 degrees and we took him to the emergency room. An X-ray revealed pneumonia and antibiotics were prescribed.

His fever soon dropped enough that he could return to daycare, but he was soon sent home for diarrhea. They informed us that he needed to go a full 24 hours with no loose stools to return. We assumed the diarrhea was a side effect of antibiotics, something  that often happens when bacteria in the gut is killed off. He was fine for 24 hours, so we took him to daycare — only to have him sent home again after another bout of diarrhea. After another two cycles of this, my husband took him to the doctor, where we discovered he had an E. coli infection. We never learned where he got it.

Because my husband and I were struggling to keep up with our full-time jobs with a sick child at home, the doctor prescribed more antibiotics in the hope of speeding the recovery.

A lesson to take from this incident is the recognition that side effects sometimes can be confused with symptoms of a separate condition. A side effect can mask another condition, and vice versa. In fact, the reason children often do not receive immunizations when they develop a fever is because the doctor would be unable to differentiate between a side effect from the vaccine (such as fever) and a worsening infection requiring treatment.

But the bigger lesson came from what happened next. After the course of antibiotics, my son’s stool sample was tested for E. coli again to see if he could return to daycare. We learned the next day that it was positive. It was frustrating because he otherwise showed no symptoms and was energetic enough to keep me from getting any work done at home. I scrambled (often unsuccessfully) for babysitters.

Even more frustrating was that the subsequent E. coli tests he received over the next two weeks came back positive — still with no symptoms. What was going on?

The mystery was solved when the next test was canceled. My son’s pediatrician revealed that the previous tests were a type newly recommended by the health care system and our son had been the first patient to be prescribed it at the practice. It was a DNA test, not the culture typically ordered for E. coli infections. Unfortunately, the new test was detecting any E. coli DNA in our son’s gut, even if it wasn’t growing and posing a threat to others. The test was extremely sensitive but not very specific, meaning false positives could be far more likely than false negatives. While it was sure to pick up the slightest hint of E. coli, the clinical relevance of that result was an open question.

Our doctor now ordered the standard culture test, which would better indicate whether my son could infect other children – the key concern at his daycare center. The culture turned out negative, my son returned to daycare and all was well – aside from my five weeks of lower productivity.

The key takeaways from this experience:

These are issues that journalists could inadvertently gloss over when reporting about a screening or other test. Remember, the adverse consequences can be far greater than lost work productivity and stress, as Christie Aschwanden has written about extensively concerning mammograms.

In my case, because I had a conference to attend a week after my son returned to daycare, followed by a long-planned overseas vacation, I’m still not quite caught up. What exacerbated the situation was the misuse of a test not appropriate for the case in which specificity, not sensitivity was the important goal.

Understanding the impact of false positives, the balancing of risks or harms, the benefits of screening tests and the nuances of making all these decisions can provide some vital context in covering medical research and practice.