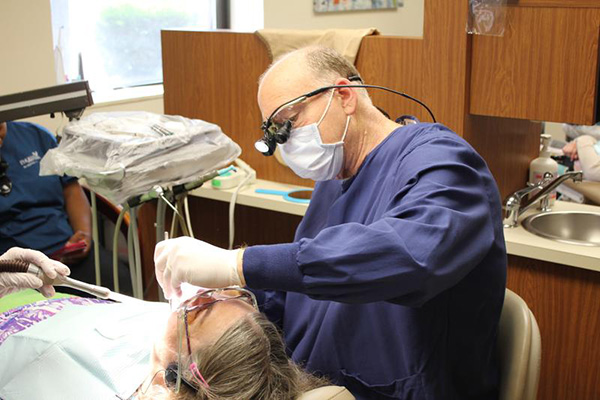 Two recent stories aired on public radio explored the challenges faced by poor rural Americans in need of dental care. These stories have also offered examples of providers who are working mightily to help address those needs while confronting challenges of their own.

In “A Good Dentist is Hard to Find in Rural America,” Alison Kodjak, a health policy correspondent on NPR’s Science Desk, introduced listeners to a Wisconsin woman gratefully getting accustomed to a new denture. “It feels weird right now, but I’ll get used to it,” said Jessica Stefonik.

“Stefonik is just 31 years old,” Kodjak noted in her piece. “She is one of the millions of people who are poor and live in rural America and have little to no access to dental care.”

A 2015 report by the Pew Charitable Trusts, which Kodjak cited in her piece, helped illustrate a larger picture of rural need. Compared with urbanites, people in rural areas tend to be poorer and less likely to have dental insurance. They also are less likely to live in communities with fluoridated water and more likely to live in areas with shortages of dentists, especially dentists willing to take Medicaid reimbursement.

“Most dentists in Wisconsin, and across the country, don’t accept patients on Medicaid because they say the reimbursement rates are too low,” Kodjak told her listeners. “The Wisconsin Dental Association says Medicaid pays only about 35 percent of the dentists’ costs.”

“My teeth were pretty much rotting out to where I couldn’t brush them,” Stefonik explained. Luckily, she found help at a dental center about 40 miles from her home. The center, which takes anyone who needs care and offers comprehensive services for whatever they or their insurance can pay, is one of 10 opened since 2003 by the Marshfield Clinic, a major medical system that also operates medical centers across Wisconsin.

For her story, Kodjak interviewed Greg Nycz, executive director of one of those centers, the Family Health Center of Marshfield. Nycz came up with the idea of adding desperately needed dental services to the range of care provided to Marshfield patients. Getting the dental centers opened and piecing together the funding to keep them running turned out to be a complex challenge, but Nycz did not give up.

“He has lobbied successfully for changes in laws, for federal grants, and even for low-interest loans from the Department of Agriculture’s rural development program,” Kodjak explained.

“One key to the clinics’ survival is a law that allows community health centers like those the Marshfield Clinic runs to be reimbursed their full costs for caring for Medicaid patients, on the condition that they also care for people who have no insurance,” she added. “But Nycz’s relentless drive is also a key.

“There are a lot of hoops we have to jump through to do this work,” he told Kodjak. But he presses on.

Another radio story, by reporter Andy Marso of KHI News Service in Topeka, Kansas (a Heartland Health Monitor partner), looked at one dental provider’s lonely battle to get more care to the poor and disabled patients who come to him from across his state.

“Most days are like this for Fasbinder,” Marso explained. “At his Prairie Village office, he takes patients on Medicaid – no matter how old they are, what part of Kansas they come from or how difficult they are to treat.”

Fasbinder is a rare dental provider in Kansas willing to take all comers, including patients with special needs. He said he has tried to convince colleagues to expand their practices to include more Medicaid patients but without much success

“That is because Kansas Medicaid or KanCare, pays about 40 cents on the dollar compared to private insurance for dental work,” Marso said. “And that was before Gov. Sam Brownback cut the reimbursement rate another 4 percent earlier this year to help close persistent budget gaps.

“Fasbinder said that will make it even harder to convince his colleagues to take Medicaid patients,” Marso said. He told listeners that in 2003, reimbursement rates for Kansas children were among the top 10 in the nation, covering nearly 70 percent of what private insurance would pay. But payments have steadily dwindled since then, particularly for treatments for adults.

A state dental association official told Marso that it is challenging to get any Kansas dentists to treat the thousands of adults covered by Medicaid, including about 7,700 people who have intellectual or developmental disabilities.

But Fasbinder keeps on seeing them, and as Marso noted they and their families are grateful. Their thank you notes and cards, on display in Fasbinder’s office, are a touching reminder.