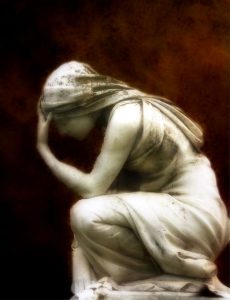 Last week we posted an update on mental health coverage under the Affordable Care Act, so let’s follow up with a look at what’s going on in Tennessee, courtesy of Holly Fletcher at The Tennessean.

Tennessee is among the 19 states that have not taken up Medicaid expansion under the ACA. This summer a Tennessee legislative task force put forth a proposal for a partial expansion program, with the first stage focusing in large part on people with mental illness or substance abuse disorders. If approved – which isn’t certain – it could later be expanded, but only if it meets cost and quality objectives. As Fletcher reported, that’s not so easy. Gov. Bill Haslam, a Republican, last year tried to enact a market-based version, only to be blocked by a more conservative legislature, as one commentator noted in the newspaper.

Fletcher cites several challenges for providing behavioral health care to a low income population. She noted that many people with mental illness also have other health problems, such as diseases diabetes or heart failure, which can aggravate mental disorders like depression.

Lifestyle changes also need to be addressed: sometimes the patients need job skills too. None of this is cheap or easy, nor does it fall cleanly under a “medical” care program. Getting the right medication and dosages can take a few months, and, as she wrote, “keeping a patient engaged with the follow-up and using the medication can be time-consuming, especially if it alters the existing lifestyle.” Expanding a pharmacist’s role in medication management could be expensive at the outset but contribute long-term savings.

On top of those challenge is a persistent shortage of providers willing to accept Medicaid patients. Tennessee isn’t alone – lots of states have similar shortages of Medicaid behavioral health care providers. But HHS figures show that every county in Tennessee is underserved by mental health professionals to some degree, so the ability to serve an estimated 115,000 newly covered patients will be a challenge.

Fletcher interviewed Dr. Jonathan Becker, an assistant professor of clinical psychiatry and behavioral sciences at Vanderbilt University Medical Center, who pointed out that these patients also will need access to care coordinators and social workers, along with physicians and nurse practitioners.

Many of the points Fletcher brings up in her reporting apply nationwide. Ask these questions in your coverage: