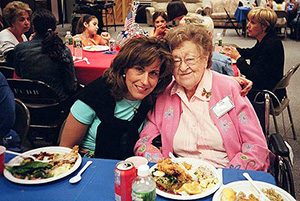 At least a dozen states compel family caregivers to provide unpaid assistance to qualify for Medicaid-funded home and community based services (HCBS), according to a report from the elder advocacy group Justice in Aging. The report features cases from the state of Florida in which there was a denial of benefits for needy elders, regardless of the caregiver’s employment hours or need for weekend respite care.

Across the country, questions are being raised about “how family assistance should be coordinated with Medicaid funded services,” according to report author Eric Carlson, a directing attorney at Justice in Aging.

At issue is the state’s definition of “medical necessity.” Federal Medicaid regulations require states to deliver HCBS under a service plan that cannot mandate unpaid assistance by family members such as adult children. In Florida, the “medical necessity” definition denies Medicaid-funded services when the state deems those services are provided for caregiver convenience. Denial of service means family caregivers have to step in to cover the service gap.

The report cited several examples of failure to address the consumer’s needs, strengths, preferences, and goals and for disregard of person-centered care. In one case, an 82year-old woman in Florida needed significant help with all of her activities of daily living. She lived with her daughter, who had not only provided care for her mother for years, but also held down a demanding full-time job. The daughter applied on her mother’s behalf for Medicaid-funded at-home assistance. The Medicaid program granted the application but for an insufficient number of hours, claiming that any additional hours “would only serve to enable the daughter to continue her job.” Medicaid program officials said that accommodating the daughter’s need to hold outside employment was an invalid focus on the daughter’s “convenience.”

According to the AARP report Home Alone, more than 40 million family caregivers provide 37 billion hours of unpaid care, valued at $470 billion. CMS regulations specifically highlight the need to include natural supports, which are described as “unpaid supports that are provided voluntarily to the individual in lieu of” Medicaid. The report noted that regulations also specify that “the planning process must not compel unpaid services.”

In reality, Medicaid programs often require family support, according to the report. Medicaid administrators assume that a family member will provide unpaid assistance. They then take take that unpaid assistance into account in refusing or reducing Medicaid-funded personal care services. These decisions essentially force family members to stay at home and provide care for loved ones.

Another case involved a legally-blind 77-year-old woman with multiple debilitating chronic conditions, including dementia. Her physician certified that she was incapacitated due to the severity of cognitive decline. Her primary caregiver was her husband, who suffered from Parkinson’s disease, other serious health conditions and had suffered two previous strokes. Yet a request for 63 hours of personal care service per week was cut back to 46 hours – because the MCO and hearing officer believed that the husband was able to fill in the gap.

Florida is not the only state that seemingly compels caregivers to provide unpaid care despite federal rules. Several other states employ similar Medicaid rules. Colorado requires that services be “[n]ot primarily for … the convenience of the client, caretaker, or provider.” Ohio likewise requires that services be “[n]ot provided primarily for … the convenience of the provider or anyone else other than the recipient.” Similar rules are followed in least 10 other states: Iowa, Kentucky, Maryland, Mississippi, Nebraska, New Hampshire, New Mexico, North Dakota, Tennessee and Wisconsin.

The report noted that, “an increased reliance on computerized service authorization algorithms may be exacerbating the problem.” Aging advocates encourage Medicaid beneficiaries and their advocates to forcefully assert the voluntariness requirement as described by CMS. But that can be challenging for many caregivers, who are overwhelmed, lack sufficient knowledge or resources to fight the system, or may have their own health issues to worry about. Here are some ideas for journalists to pursue: