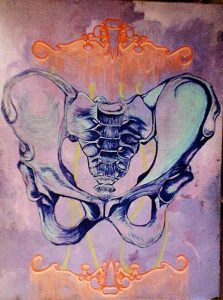 When the U.S. Preventive Services Task Force reported in late June that the evidence does not currently support routine pelvic exams during a woman’s OB-GYN visit, most media outlets covered it, as they should have.

But the quality of that coverage was spotty. Few stories captured the important nuances that distinguish pelvic exams from cervical cancer screenings and general wellness visits. Nor did many include the essential elements that women should know to understand the implications of the new recommendations.

Fortunately, the story isn’t over. What the commission issued were draft recommendations that won’t become official until after a public comment period that ended July 25. The task force will then issue official recommendations. I’ll review here how well past coverage did and did not include important elements of the story, but to see all the elements that should be included in future coverage, skip to the bottom.

One positive aspect of the coverage was that at least half the headlines reflected the commission’s statement accurately, using phrases such as a pelvic exam “may” or “might” not be necessary, that it’s “unclear” whether or not it’s necessary, that the evidence “is insufficient” to say it’s necessary, or that “no good evidence exists” — with an implied “yet” — to show the benefits outweigh the harms.

ABC News noted correctly, “USPSTF did not find any studies that directly showed improved quality of life or lifesaving events due to pelvic exams.” It also did a good job of explaining that pelvic exams are visual and physical exams used by providers for screening, and noted that the commission has separate recommendations for cervical cancer and STI screenings. The problem is that the story didn’t make it clear that annual visits are still recommended, regardless of whether women get a pelvic exam or whether it’s time for their cervical cancer screening.

HealthDay also conflated a “pelvic exam” with a “checkup” in their lede, but did clearly lay out what cervical cancer screening recommendations are, something few others did, and quoted a doctor stating that “There’s much more to an annual exam than a pelvic examination.”

For example, Today mentions cervical cancer screenings in passing as not being recommended annually but neglected to mention in which cases they are recommended. But it did make it clear that annual pelvic exams and annual visits are not one in the same:

“While the jury is still out on the value of annual pelvic exams in asymptomatic women, ‘we believe that women should see an OB-GYN for well-woman care once a year,’ Dr. John Fisch, director of Womancare Associates and an associate clinical professor in the department of obstetrics and gynecology at Magee-Women’s Hospital of the University of Pittsburgh Medical Center, told Today.”

One of the better stories came from Cosmopolitan (also published on Yahoo!) that mentioned all three exams. Although it could have provided the cervical cancer recommendations, at least the article distinguished those and STI screenings from pelvic exams and annual visits: “This new recommendation by the task force does not [emphasis theirs] mean you should just start taking years off between pelvic exams. The task force notes that regular pelvic exams are still very important for pregnant women and women who have any pelvic symptoms, like pain and irregular bleeding. It’s also worth noting that the task force still stresses the importance of regular cervical cancer screenings, but says those can be performed without a pelvic exam by ‘internal and external inspection by sight and touch.’ You should also still be regularly tested for STIs, but again, those tests do not require a full pelvic exam.”

Likewise, the New York Times’ Well Blog did well in describing precisely what the pelvic exam involves, spelled out the cervical cancer screening recommendations, and unambiguously clarified that “this is not a recommendation against doing the exam.”

The biggest loser is a first-person piece (critiqued in this HealthNewsReview.org review) that conflated pap smears and pelvic exams in the headline and then decries not only the USPSTF draft recommendations but also the cervical cancer screening recommendations that are well-supported by evidence and endorsed by multiple medical organizations. Yes, it’s a commentary piece, but it contains such strident language and inaccurate information about evidence that running it at all was irresponsible.

Here is a checklist of what to include in your coverage after the commission releases its official recommendations: