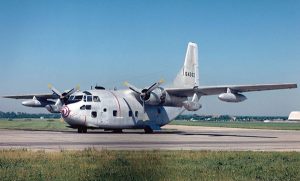 Photo: National Academy of SciencesC-123 planes were used to spray herbicides, including Agent Orange, during Operation Ranch Hand in Vietnam.

ProPublica’s Charles Ornstein and Terry Parris Jr., with The Virginian-Pilot’s Mike Hixenbaugh, have been covering the impact of Agent Orange on Vietnam veterans and their efforts to get health coverage for conditions they believe are linked to their exposure to the herbicides. “Reliving Agent Orange” finds that many are still fighting to get coverage for themselves and their children.

In 2010, Covering Health looked at the scientific evidence linking Agent Orange to illnesses that veterans are being compensated for, such as diabetes and erectile dysfunction, as reported by Mike Baker when he was with The Associated Press.

ProPublica’s latest installment looks at veterans with bladder cancer who are pushing the Department of Veterans Affairs to recognize a link between their disease and their Agent Orange exposure. New research suggests there may be a connection, and the VA is weighing that now.

While past scientific evidence hasn’t provided a definitive link between Agent Orange and a number of health conditions, further study is convincing scientists that there is a connection. For example:

“The new evidence linking Agent Orange to bladder cancer demonstrates how much work remains to understand its effects on vets, said Kenneth Ramos, chairman of the Institute of Medicine committee and an associate vice president at University of Arizona Health Sciences. For years, the committee had concluded the evidence suggested no connection to bladder cancer. But Ramos and his colleagues changed their stance after reviewing a 2014 study that found Korean veterans who were exposed to Agent Orange while serving in Vietnam were twice as likely to die of bladder cancer as vets who weren’t exposed.”

In 2010, when the VA added three conditions to its list of illnesses  it presumes to be linked to Agent Orange, it “led to thousands of new claims, contributing to a backlog that took the VA years to recover from. It also forced the agency to re-review about 150,000 previously denied claims – a process now under scrutiny by the House Committee on Veterans Affairs.”

“From 1965 to 1970, some 2.6 million U.S. service members were potentially exposed to Agent Orange, which contained an unusually dangerous strand of the chemical dioxin. Since 1991, the VA has granted disability benefits to vets who become ill with one of more than a dozen conditions the agency has deemed connected to Agent Orange, so long as they can prove they served on the ground in Vietnam or on its rivers. Navy vets who served at sea are not considered eligible unless they came ashore or crossed into inland waters.”