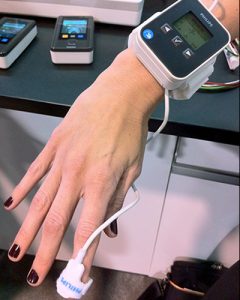 Health IT in the media is often covered as an arcane business or gadget story. Or it’s covered in the context of national or state politics.

What if we start viewing health IT as a human story?

Some reporters are doing just that and are finding fresh angles to well-covered national and local health issues. Here are three tips on making health IT a human story:

Take a hot health topic and see if it has a tech angle.

David Wahlberg, a reporter at the Wisconsin State Journal, wrote an article in January on how a pediatrician mined electronic health records to uncover the Flint, Mich., water crisis. The Flint story is perhaps the most prominent of thousands of instances of how providers, public health officials and epidemiologists are using patient EHRs to manage and track population health. For Wahlberg, the story had a local angle because the EHR platform the pediatrician used is by Epic Systems, a Wisconsin company.

Another example: the opioid epidemic. Some local and national efforts are underway to share EHRs to reduce “doctor shopping“ for prescription painkillers. Politico did a good synopsis on barriers to using technology to solve the opioid crisis. Are hospitals and insurers in your area working to share EHRs/databases to reduce overprescribing?

Follow real people as they use new technology in their daily lives or workflow.

Guy Boulton, a reporter at the Milwaukee Journal Sentinel, has written about how EHRs are changing health care, with interviews with local physicians. He highlighted in one article how local providers are using EHRs for early detection of life-threatening illnesses like sepsis.

Another example: remote patient monitoring. Is there a pilot project that a local hospital is doing that uses technology to track patient health once they leave the hospital? If so, follow a patient as he or she uses the technology to see benefits and potential pitfalls. Then, six months to a year later, follow up to see what the results were and what lessons were learned from the pilot.

Use tech to tell a well-worn policy story in a fresh way. Review health policy stories you’ve already done and look for a tech angle.

Rose Hoban, founder and editor of North Carolina Health News, did a nice feature on how one local hospital is using text messaging to get real-time patient satisfaction and safety feedback.