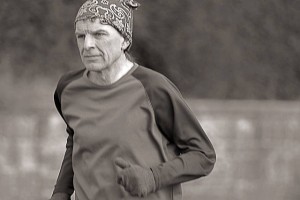 More confirmation on the benefits of exercise for older adults.

In a recent study, those who reported doing little to no exercise showed greater long-term decline in memory and thinking skills, compared with those having high activity levels. The difference was equivalent to 10 years of aging, according to researchers at the University of Miami, Florida, and Columbia University, New York.

“Our results suggest that moderate to intense exercise may help older people delay aging of the brain,” said study author Clinton B. Wright, MD, MS, of the University of Miami. “The number of people over the age of 65 in the United States is on the rise, meaning the public health burden of thinking and memory problems will likely grow.”

The protective benefits of exercise against dementia are well known by now. For this study, researchers hypothesized that physical activity is protective against decline in domain-specific cognitive performance, such as memory and thinking skills.

They conducted a population-based observational analysis of 876 people enrolled in the Northern Manhattan Study (NOMAS). This is a long-term, ongoing investigation of the residents of Washington Heights, New York and the first study of its kind to focus on stroke risk factors in whites, blacks, and Hispanics living in the same community.

Participants were asked how long and how often they exercised during the two weeks prior to the start of the study.

When looking at people with no signs of memory and thinking problems at the start of the study, researchers found that those reporting low activity levels showed a greater decline over five years compared with those having high activity levels.

Differences remained after adjusting for other factors that could affect brain health, such as smoking, alcohol use, high blood pressure and body mass index. “For older people, getting regular exercise may be protective, helping them keep their cognitive abilities longer,” said Wright.

While physical activity is an attractive option to reduce the burden of cognitive impairment in public health, because it is low cost and doesn’t interfere with medications, Wright said more research comparing exercise and sedentary activity is needed to confirm these results.