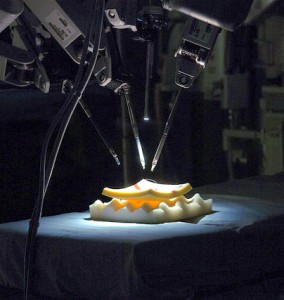 What does it take to write an award-winning article? For Richard Mark Kirkner, the process involved finding the right idea, pursuing the reporting doggedly, and then putting it together in one compelling piece. This is the way reporting and writing go for most of us. But Kirkner had an edge with this particular story idea: He knew a bit about the subject, and he knew one of the best sources to tap as well.

Two years ago Kirkner read an article about robotic surgery that piqued his interest. As a result of his previous work, he knew a bit about the issues, and, better still, he knew many of the best sources to tap. Then he found an editor receptive to his pitch.

His article, “Rush to Robotic Surgery Outpaces Medical Evidence, Critics Say,” was published in the May 2014 issue of Managed Care magazine.

An independent journalist outside Philadelphia, Kirkner knew that the cost of technology and its effectiveness are among the important issues to pursue when writing about the introduction of new tools.

In a new How I Did It, Kirkner explains his thinking: “Whenever new medical technology is put to use, hospitals and specialty clinics like to put the best spin on it. But it can take years for such new medical equipment to prove its mettle compared with existing methods.”

In the meantime, surgical robots and the required maintenance plans cost hospitals big money. Therefore, they have an incentive to use them whether they are better than traditional surgical techniques or not, he notes.

What Kirkner found was that the number of robotic operations has risen sharply in recent years for many reasons, including some unrelated to patient care. Among the driving forces are marketing efforts by hospitals and the companies that make surgical robots, and a desire among surgeons to embrace new technology.