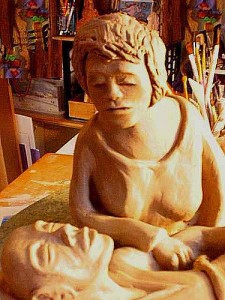 While the veil has been lifted somewhat on end-of-life and advance care planning discussions, many providers are still not having conversations with patients and families in time to maximize effective care for chronically and terminally ill patients. At a recent briefing, a coalition of policymakers and experts called on Congress to enact legislation that would ensure that patients and families get comprehensive advanced illness planning and care in the manner, setting, and place of their choosing.

The Coalition to Transform Advanced Care (C-TAC), an alliance of 130 organizations promoting better palliative and end of life care, is calling for lawmakers in the Senate to support the bipartisan Care Planning Act, as a means to achieve this. “Innovative, person-centered care models have been developed and implemented across the country, and have shown to significantly increase patient and family satisfaction and provide more seamless care across the continuum,” Tom Koutsoumpas, C-TAC co-chairman, said at a briefing co-sponsored by the alliance and the Pew Charitable Trusts.

The legislation, introduced by Sen. Mark Warner (D-Va.) and Sen. Johnny Isakson (R-Ga.), would give patients the freedom to make more informed choices about their care, and ensure those choices are honored. The bill would create a new Medicare and Medicaid benefit, “Planning services for beneficiaries with advanced illness.”

It would include team-based discussion of a patient’s goals of care and values, explanation of disease progression, exploration of a relevant range of treatment options, and a documented plan that reflects the individual’s goals, values, and preferences. The legislation would strengthen end-of-life care by developing quality measures, promoting public and provider education and addressing decision-making for people with serious illness throughout the process. It would include adherence and portability measures to ensure that patients’ choices are honored, Warner said.

Isakson remarked that although end-of-life planning and education were in the original Affordable Care Act, Sarah Palin had turned the issue into a “death panel,” discussion and scared off a lot of supporters. “Since then, even Medicare and CMS recognize it’s appropriate to reimburse doctors for advance care planning.”

Warner, a longtime advocate of advance care planning, said this is a fight that’s time has come. End-of-life care is now much easier to talk about in American politics than it was in 2008 and it seems that everyone has a story. “This is an issue about families, about choice; it’s not about limiting it at all. We do need to have these conversations.”

During a panel discussion, Marian Grant, D.N.P., C.R.N.P., A.C.H.P.N., a hospice- and palliative care nurse practitioner at the University of Maryland Medical Center, noted that too many people with serious illness are spending their last days in the intensive care unit rather than at home.

She said that under the current system, there just aren’t enough services available to keep them at home and comfortable. Yet they’re often receiving in-patient treatment that won’t help improve quality of life. “Everyone is spending a lot of money but the care they’re getting isn’t the care they want. We’re trying to save them from diseases we can’t save them from.”

Right now, 30 percent of patients who receive hospice get it for a week or less, Grant said. Most Americans still are not having the advanced care discussion – she estimated that only 25 percent to 30 percent have appropriate documents and “they’re often locked away in a safe deposit box, where they don’t do anyone any good.”

The myriad systems and forms don’t make it easy for physicians to know what a patient wants, even with an advance directive. At her own hospital, even if directives are input into a patient’s electronic health record, they are “impossible to find.” While Medicare has finally included new billing codes for advanced care discussions, the reimbursement rate is so poor that clinicians don’t always have incentive to bring it up with their patients. Grant, who is also C-TAC’s policy adviser, said she hopes improved reimbursement rates will foster critical discussions among care providers, patients, and families about end-of-life and palliative care options.

Rep. Phil Roe, (R-Tenn.), who is a physician, supports similar legislation in the House. It would require HHS to include more quality measures for hospice and advance care planning. He’s trying to persuade his GOP colleagues to back the effort.

“This is not a Republican or Democratic issue. This is about people,” said Roe, who had to have this discussion with his wife before she died last year. “Putting a DNR on someone you care most about on this earth is the hardest thing to do. But it was the right thing to do.”

Joe Rotella, M.D., chief medical officer of the American Academy of Hospice and Palliative Medicine, reminded everyone that palliative care helps people with the most serious medical problems have the best quality of life. It takes care of what really matters to very sick patients — pain control, shortness of breath, anxiety, depression, provides emotional and spiritual support that respects their values and beliefs, and includes caregivers and families. “It can and should be delivered in many settings aside from hospice.”

Journalists: Where does your state’s/community’s leadership stand on this issue?