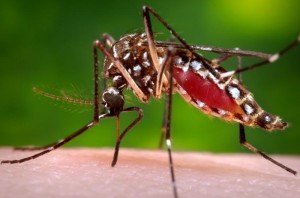 Zika has been in the news since the beginning of the year in the United States, but health officials and journalists are still working to understand and explain the virus.

I collected some relevant resources for reporters on Jan. 28 (updated on Jan. 29) and many of those sites have been updated with the latest information.

Here is some notable coverage as well as resources that have emerged since then:

The Poynter Institute’s Al Tompkins writes about how to cover the Zika virus responsibly, including information he learned during a workshop co-sponsored by AHCJ and Poynter, “Covering Ebola and the next killer contagion.” Tompkins includes an explanation of crisis communication, what information journalists should be sure to communicate and some ideas about stories that can be covered in local communities.

Also for Poynter, Kristen Hare did a Q&A with Dr. Seema Yasmin, a reporter for The Dallas Morning News and an epidemiologist who previously worked at the CDC. “As her newsroom covered the death of Ebola patient Thomas Eric Duncan, Yasmin explained the intricacies of the disease for readers” and she shares some of the lessons  learned from that experience.

One of the scariest aspects about the Zika virus is its suspected link to microcephaly, a condition in which a newborn has an unusually small head. Tara Haelle, reporting for Forbes, examined reports in the New England Journal of Medicine and the CDC’s Morbidity and Mortality Weekly Report, concluding that they leave “little doubt about whether infection with the Zika virus during pregnancy can actually cause a serious birth condition in which a newborn has an abnormally small head (microcephaly) and abnormally small brain (microencephaly).

Reporter Andrew Joseph has been reporting for Stat from Colombia, a country that’s getting less news coverage than Brazil but has been hit hard by the virus. In one story, he explains the challenges health officials face in stopping the spread of the mosquito that carries the virus: standing water, no air conditioning or screens on windows, humid weather and lack of access to medical care. In Cúcuta, Colombia, he visited the maternity wing of a hospital and reported on the possible links between Zika and  microcephaly and Guillain-Barré syndrome. He delved more into Guillain-Barré syndrome, a rare condition that “causes a progressive paralysis that in most cases is temporary, but can lead to death.”  From a lab in the southwestern part of the country, he reported on projects to slow the spread of Zika and the lack of firm data that would help researchers fight it. Here is his first-person piece about what he learned on his trip to Colombia.

Jonathan M. Katz, a writer in residence at Duke University’s Franklin Humanities Institute, wrote for The New York Times Magazine about “Reporting on Zika When You Have Zika” that adds some perspective to the story: “Frankly, the journalist and the patient in me have been having a bit of a wrestling match the last few weeks.”

Of course, one story that can be done in communities where Zika might strike is how local officials are working now to prevent it and reduce mosquito populations. In Houston, Markian Hawryluk reports, the city launched a “cleanup of illegal dump sites and collection of heavy trash to help reduce mosquito breeding sites.” The World Health Organization advises that as prevention: “It is also important to empty, clean or cover containers that can hold water such as buckets, flower pots or tyres, so that places where mosquitoes can breed are removed.”

It didn’t take long for the conspiracy theories and non-evidence-based stories emerged. Over at Respectful Insolence, Orac debunks some of them in these posts:

The Center for Infectious Disease Research and Policy at the University of Minnesota in Minneapolis has an extensive compilation of Zika resources, including news reports, medical literature, information from health organizations and a list of people and organizations on Twitter to follow.

There are some lessons learned from covering Ebola in this tip sheet: Resources for understanding Ebola and the ethics of covering outbreaks.