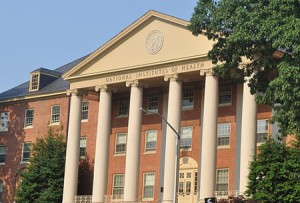 A Stat investigation has found that “prestigious medical research institutions have flagrantly violated a federal law requiring public reporting of study results, depriving patients and doctors of complete data to gauge the safety and benefits of treatments.”

The violations have left gaping holes in a federal database used by millions of patients, their relatives, and medical professionals, often to compare the effectiveness and side effects of treatments for deadly diseases such as advanced breast cancer.

Charles Piller of Stat (Statnews.com) reports that the worst offenders included four of the top 10 recipients of federal medical research funding from the National Institutes of Health.

Drug companies have long been castigated by lawmakers and advocacy groups for a lack of openness on research, and the investigation shows just how far individual firms have gone to skirt the disclosure law. But while the industry generally performed poorly, major medical schools, teaching hospitals, and nonprofit groups did worse overall — many of them far worse.

Other reporters can do their own stories about institutions and companies in their areas using the data that Stat obtained and is making available through AHCJ. Stat is a new online publication by Boston Globe Media focused on health, medicine and scientific discovery.

The data includes 98 universities, nonprofits, and corporations that served as sponsors or collaborators on at least 20 trials subject to federal disclosure requirements between 2008 and Sept. 10, 2015 (when the data were downloaded).

Get the data for your own story.