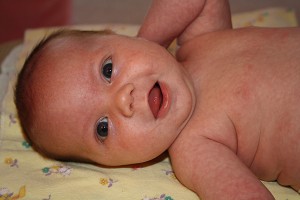 The National Center for Health Statistics published the latest data on 2014 births last month, and these reports can be unexpected gold mines for enterprise reporting.

The reports themselves are very dry – literally just the most recent statistics available on a particular data set with little to no analysis. However, that means most journalists will be reporting just that – the data without much analysis – while others can take some time to compare the numbers to past reports and look for trends.

The news that most outlets reported with the report’s release was the increase in U.S. births after seven years of falling rates. The “baby recession,” as some stories referred to it, has largely been attributed to the country’s economic recession, especially since the birth decline began in 2007 just before the Lehman Brothers collapse, one of the key moments that kicked off the Great Recession.

That link implies that the increase now might be due to economic growth, though that’s only a hypothesis until someone can show the link. Others attributed the increase to the Affordable Care Act since it should have expanded access to family planning and OB/GYN services. Or, the increase could be related primarily to the increase of birth rates among women in their 30s and 40s, who appear to be taking greater advantage of fertility options.

While each of these possibilities was mentioned in some of the stories, each one also could become a more in-depth exploration for an enterprise piece, particularly the increase in births among older moms. Likewise, consider the other findings below that could each lead to their own stories, easily localized to smaller regional areas.

Each time a new National Vital Statistics Report comes out from the CDC, there will be the straight-forward summary news stories pointing out some of the key findings. But for those in local markets or those looking to dig deeper, these reports offer a wealth of story ideas to chase down.