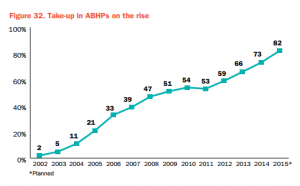 For the purpose of this blog post, let’s leave aside the decade-plus ideological fight about whether health savings accounts (HSAs) are a good or bad idea.

Let’s just look at what happens to people who have them, at least according to this recent article by Michael Fletcher, a national economics correspondent for The Washington Post. His argument is that people could save money on health care – if they knew how to use their HSAs.

There are a lot of tax advances to having an HSA (for people who earn enough to benefit from tax breaks.) And unspent dollars that accumulate in the HSAs can be used for retirement and on Medicare. Giving people “skin in the game,” these accounts may also encourage people to be smarter health care shoppers, which can encourage competition and tamp down costs. Some experts hope the relatively high deductibles in some of the ACA exchange plans also will have that effect.

But the study, from employee benefit consulting firm Hello Wallet, that Fletcher reported on found that people who rely on HSAs, twinned with high deductible health insurance plans, aren’t maxing out contributions to these accounts. That means they won’t have the money if they need it later – and aren’t maxing out on tax savings either.

The problem, according to a new study, is that few account holders are doing what it takes to even coming close to maximizing the potential of HSAs. “Only one in 20 account holders contribute the maximum allowed by the IRS, which is $3,250 a year for singles and $6,500 for a family,” Fletcher writes.

In addition those who do put money in the accounts aren’t investing well. They are leaving the money in options that resemble checking accounts; only 4 percent of those who can invest HSA money in a brokerage account do so. Over the years, these accounts can increase substantially while a checking account doesn’t even keep up with inflation.

There’s more. About 5 percent of HSA account holders actually forget they have them. One in 10 are dormant.

But they are still becoming more popular with employers “who are desperately searching for ways to trim the cost of providing health insurance for employees.” About 4 in 5 large employers offer them as an option, up from one in 5 a decade ago, according to a Towers Watson survey.

And although the Post article didn’t address this, HRSs are increasingly figuring into proposals by conservative states exploring ways they might accept Medicaid expansion under the health law. Indiana already offers them for low-income people.

Fletcher sees HSAs growing, just like people had to move from traditional pensions to 401(k) and similar options a few decades ago. This can be a good thing, he argues, “if workers use them effectively.”

So far, they are not.